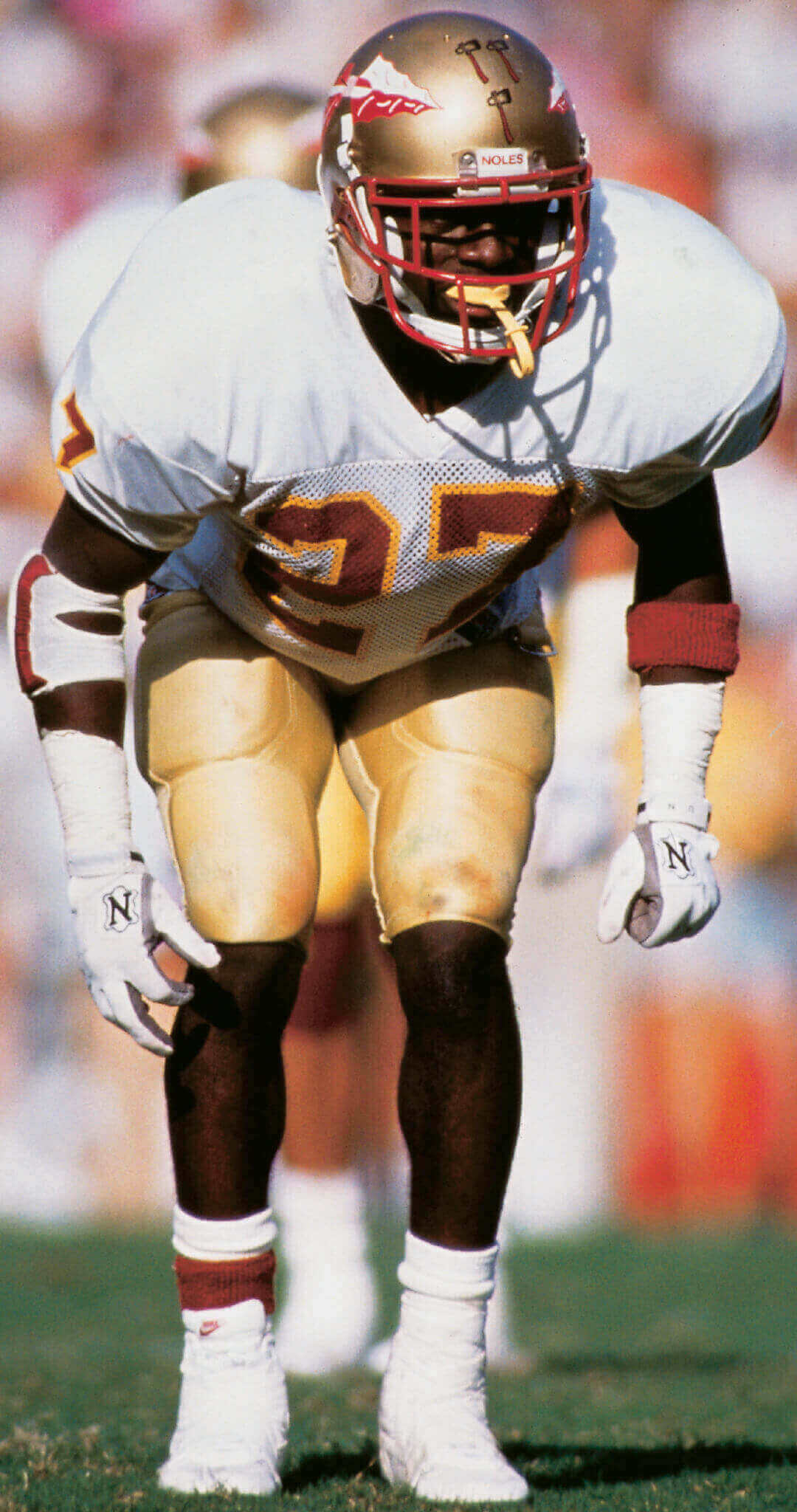 Cornerback Terrell Buckley’s legacy is forever etched in Florida State history. During his three seasons, the team finished with FBS rankings in the top 4, and Buckley played a key role in the Seminole victories in the 1990 Fiesta Bowl, 1990 Blockbuster Bowl, and 1992 Cotton Bowl. His collegiate accolades include a single season record of 12 interceptions in his first year and an impressive 21 interceptions over his collegiate career. To this day, Buckley’s 501 career interception return yards remain an FBS record.

Making His Mark at FSU

Buckley joined a stacked FSU team, which included fellow College Football Hall of Famers Charlie Ward (Class of 2006) and Derrick Brooks (Class of 2016), led by Hall of Fame Coach Bobby Bowden (Class of 2006). In 1991, Buckley was unanimously voted First-Team All-America selection, won the Jim Thorpe Award and finished seventh in the Heisman Trophy voting. Buckley racked up 1,000 punt return yards and three touchdowns in the span of his collegiate career, but there was more to Buckley than football. He chose to play two years of varsity baseball and joined the outdoor track team as a sprinter for one season at FSU, further displaying his athleticism and versatility.

As a three-sport college athlete, Buckley chose to pursue professional football and left after his junior season to chase his NFL Dreams. In the 1992 NFL Draft, he was the fifth overall pick and spent 14 years in the league. His impressive career stats, including 50 interceptions, helped propel the Patriots to a 2001 Super Bowl win.

In 2007, he returned to FSU to finish his bachelor’s degree and begin his coaching career as an assistant strength and conditioning coach. Currently, Buckley is in his fourth season as the cornerbacks coach at Mississippi State.