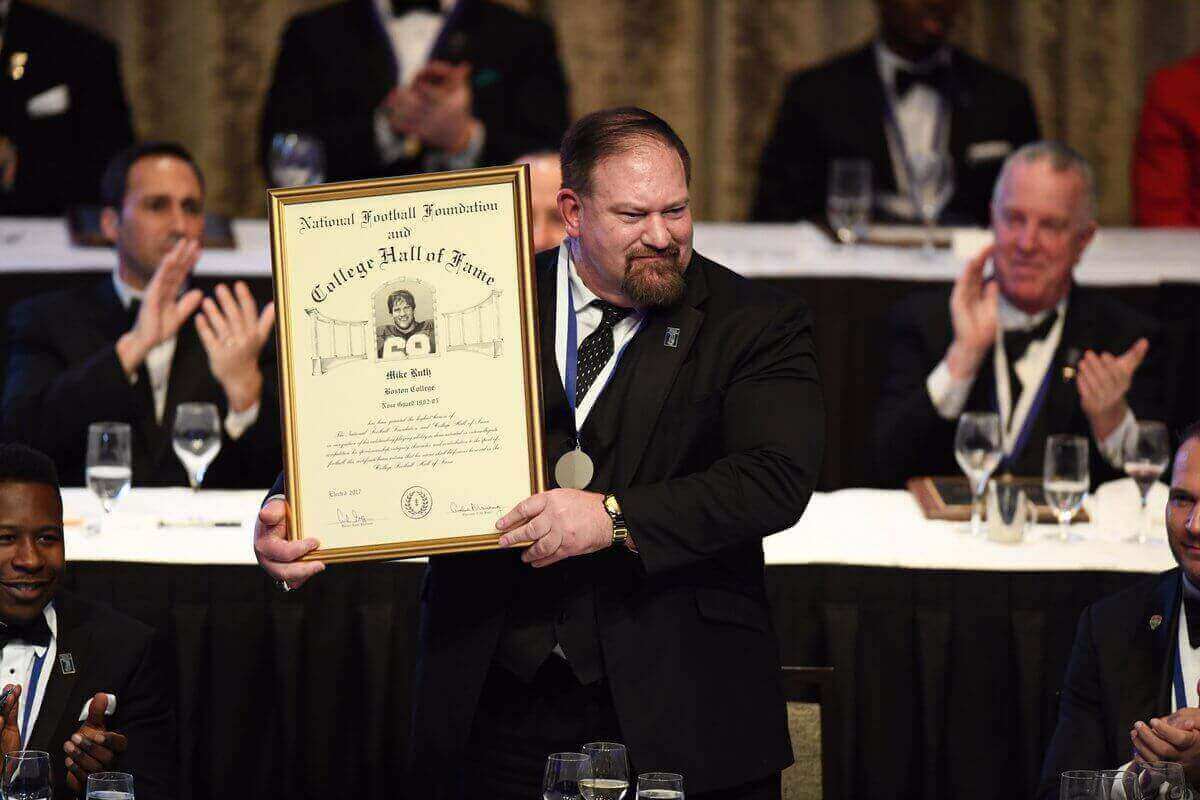 For the cover of the 1983 Sports Illustrated Football preview issue, the magazine wanted a bruised, slightly bloodied and muddied forearm reaching out for a supposed fumble. The bigger and beefier the arm, the better. For the model, SI selected a sophomore nose tackle from Boston College who would become a starter that season.

Mike Ruth had massive forearms. Mike began lifting weights as a 5’-2” 100-pound eighth grader. He would bench his weight lifting 120 pounds. He grew six inches and added 60 pounds over the next year as his bench increased to 280 pounds. By the time he was a senior at BC, Mike had grown to 6’-2”, 250 pounds and was benching 580 pounds. He was the strongest player in college football. But strength was only one of his physical attributes. He was quick and fast off the ball, and he could track down opposing ball carriers. His 32-inch vertical leap enabled him to jump on those he could not catch.

One of Ruth’s greatest attributes was not pushing iron or opposing linemen, it was his faith in God. While in high school he was heavily recruited, and he accepted a scholarship offer to Boston College on moral grounds. The major factor was that Boston College had one of the top theology departments in the nation.  Ruth went to college with the thought of becoming a priest.

The inspiration behind his physical and religious strengths came for his mother. Sally, known to family members as “Killer” suffered from acute rheumatoid arthritis. While Mike was still in college she had over a dozen operations that replaced nearly every major joint, including both knees and both hips (one hip twice). Many of the joints not replaced were fused together. “My mom is the toughest person I’ve ever met – man or woman,” said Mike. With walking being ever more difficult for his mother, Ruth used his strength for another purpose. He routinely picked her up and carried her wherever she needed to go.