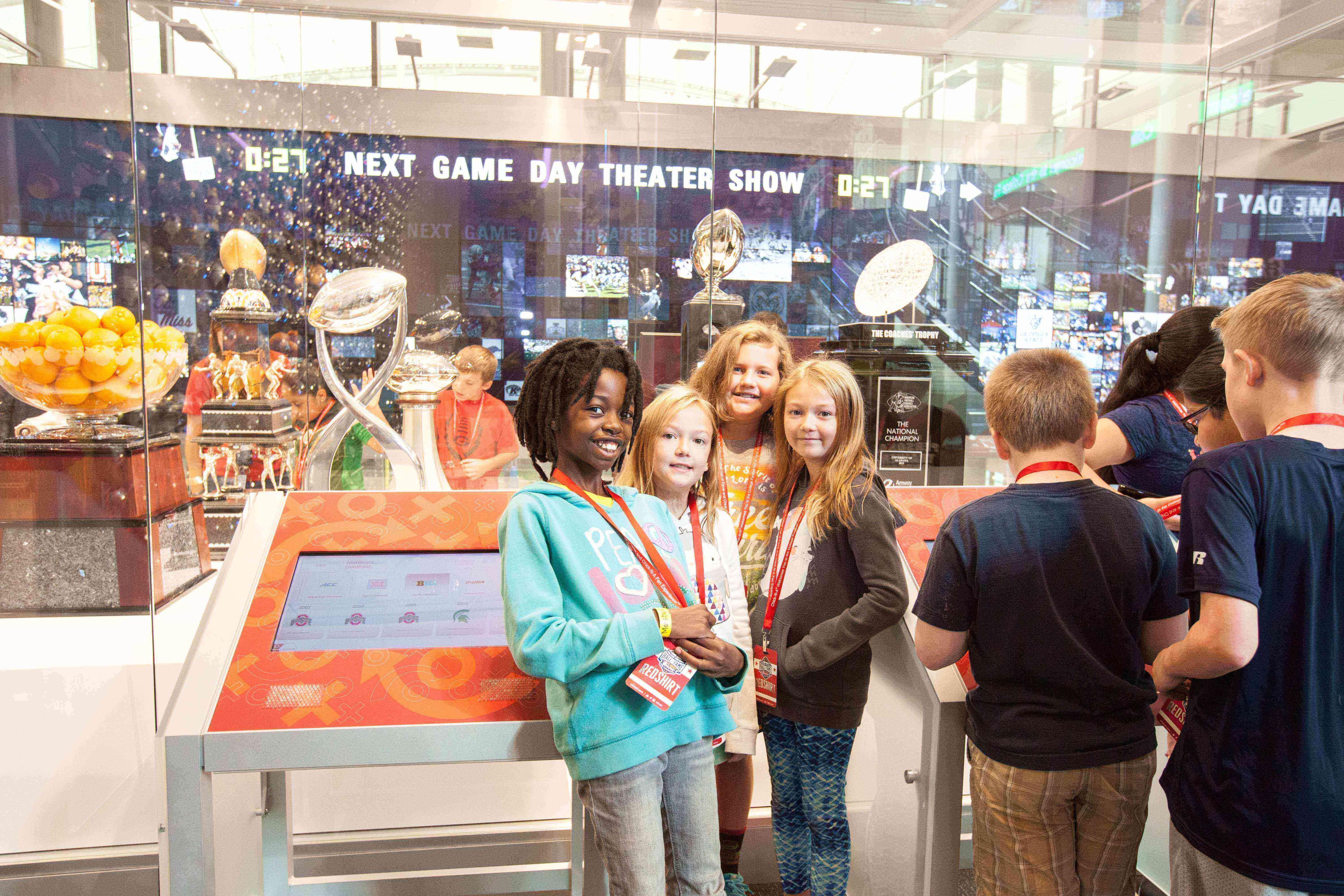 The Chick-fil-A College Football Hall of Fame is proud to announce they will donate $1 for every full-priced ticket sold during the month of September to Curing Kids Cancer.

“More children die from cancer in the United States than any other disease,” said Dennis Adamovich, Chief Executive Officer of the Chick-fil-A College Football Hall of Fame. “However only four percent of federal funding for research goes to combat this horrible disease.  That is why we so strongly support Curing Kids Cancer’s mission to find a cure.”

Curing Kids Cancer was founded in 2005 after Grainne and Clay Owen lost their nine-year-old son, Killian to leukemia after a four-year battle with the disease. The Owen family lost Killian despite being told by a doctor that there was a new treatment that might have saved his life. The drug was stuck in the lab and could not be given to him because of a lack of funding.

“We greatly appreciate the College Football Hall of Fame’s willingness to help us raise funds for research. We are committed to making childhood cancers curable in our lifetime,” said Grainne Owen, founder of Curing Kids Cancer. “No family should have to go through the loss of a child solely due to a lack of funding.”

Grainne and Clay Owen founded Curing Kids Cancer, a 501(c)3 nonprofit devoted to funding cutting edge pediatric cancer therapies, after they lost their son, Killian, to leukemia in 2003 when he was nine years old. Since it was founded in 2005, Curing Kids Cancer has raised more than $12.5 million to fund new childhood cancer treatments and pediatric cancer research. For more information on how to help, please contact Curing Kids Cancer at 1-866-933-CURE (2873) or visit www.curingkidscancer.org to learn more.