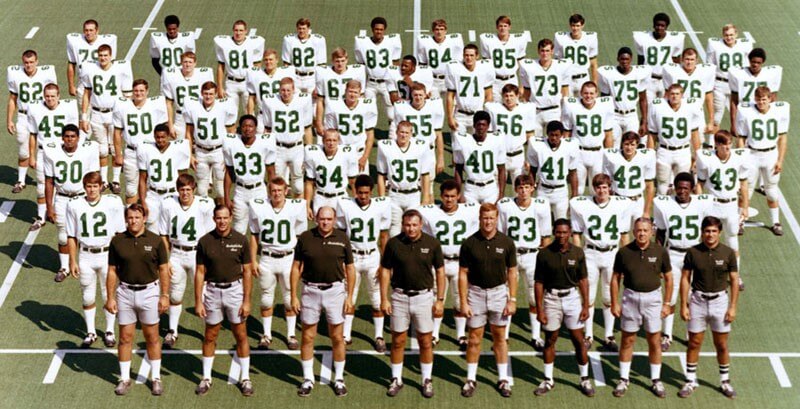 On November 14th, 1970 on a rainy hillside in Wayne County, West Virginia, the lives of 75 people were lost in the single-worst air tragedy in NCAA sports history. Among those lost were nearly the entire Marshall University football team, coaching staff, flight crew, and supporters. The plane was traveling home from Marshall's game against East Carolina.

Prior to the Crash

A close game throughout, Marshall and East Carolina were tied 14-14 at the end of the third quarter.  The Thundering Herd fought valiantly, but East Carolina's kicker Tony Gurso kicked a 24-yard field goal with 12:27 left that proved to be the difference as the Pirates defeated Marshall 17-14. 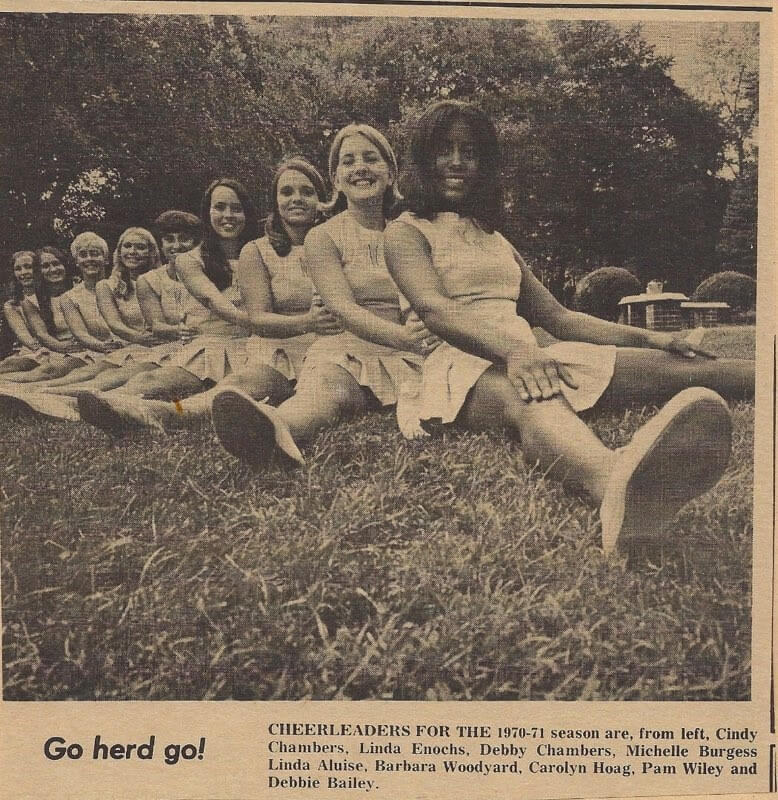 Prior to the season the Marshall University cheerleaders agreed that if the entire cheer team could not attend away games, none of them would. Depending on who would be traveling with the team there would not be enough space for everyone. This pact ultimately saved their lives.

Cindy Chambers, Linda Encochs, Debbie Chambers, Michelle Burgess, Linda Aluise, Barbara Woodyard, Carolyn Hoag, Pam Wiley, Debbie Bailey were all members of the team. Tragically, Cindy and Debbie Chamber's parents were on the plane. A trailblazer, Debbie Bailey (Bowen) one of the cheerleaders, graduated in 1973 and was a member of the Black The class of 1973 Marshall graduate was a member of the Black United Students (BUS) organization fighting for change. 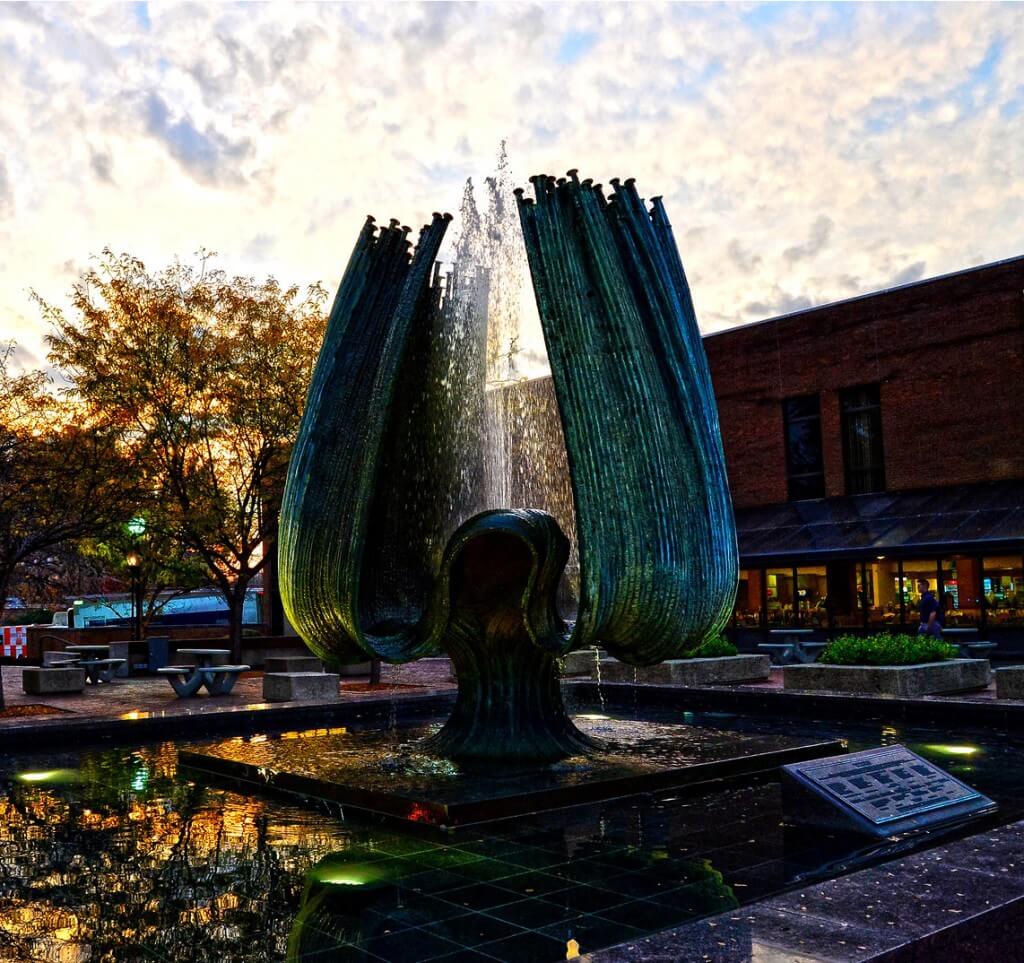 Marshall hired a new coach, Jack Lengyel, from the College of Wooster in Ohio, and set to rebuild the team. The NCAA gave the Marshall special permission to let freshmen play on the varsity squad, and Lengyel put together a group of first-years, walk-ons and the nine veteran players who hadn’t been on the plane that night.

The team lost its first game of the 1971 season but with a last-second touchdown, defeated Ohio’s Xavier University 15-13 in its first home game since the crash. In 2006, a major motion picture was released, We Are Marshall which chronicles the historic return of Marshall's football team. The movie's football scenes were filmed at Morris Brown College in Atlanta, Georgia.

The Memorial Student Center Fountain was dedicated on November 12, 1972 by President John G. Barker. Each year on November 14th, a memorial service is held, which includes the traditional laying of the wreath. The water is turned off until next spring. More than 13 feet high and weighing 6,500 pounds, the memorial was created by sculptor Harry Bertoia. It was his hope the fountain would “commemorate the living—rather than death—on the waters of life, rising, receding, surging so as to express upward growth, immortality and eternality.”

This November 14th  marks the 50th Anniversary of that tragic event. On November 10, 2020, the Marshall Football Memorial, designed by Vernon Howell, was rededicated at university. The statue was originally dedicated in 1971 and housed at the Pi Kappa Alpha (ΠΚΑ) house.  It was recently restored and relocated to the university’s Huntington campus. On November 13, 2020, Marshall honored each student who perished in the crash with a posthumous degree in their program of study. A total of 39 degrees will be awarded, each with the student's anticipated graduation date. And finally, on November 14th, Marshall will take on Middle Tennessee State University at Joan C. Edwards Stadium. The 75 people who died in the crash will be honored throughout the game, including a moment of silence before kickoff. 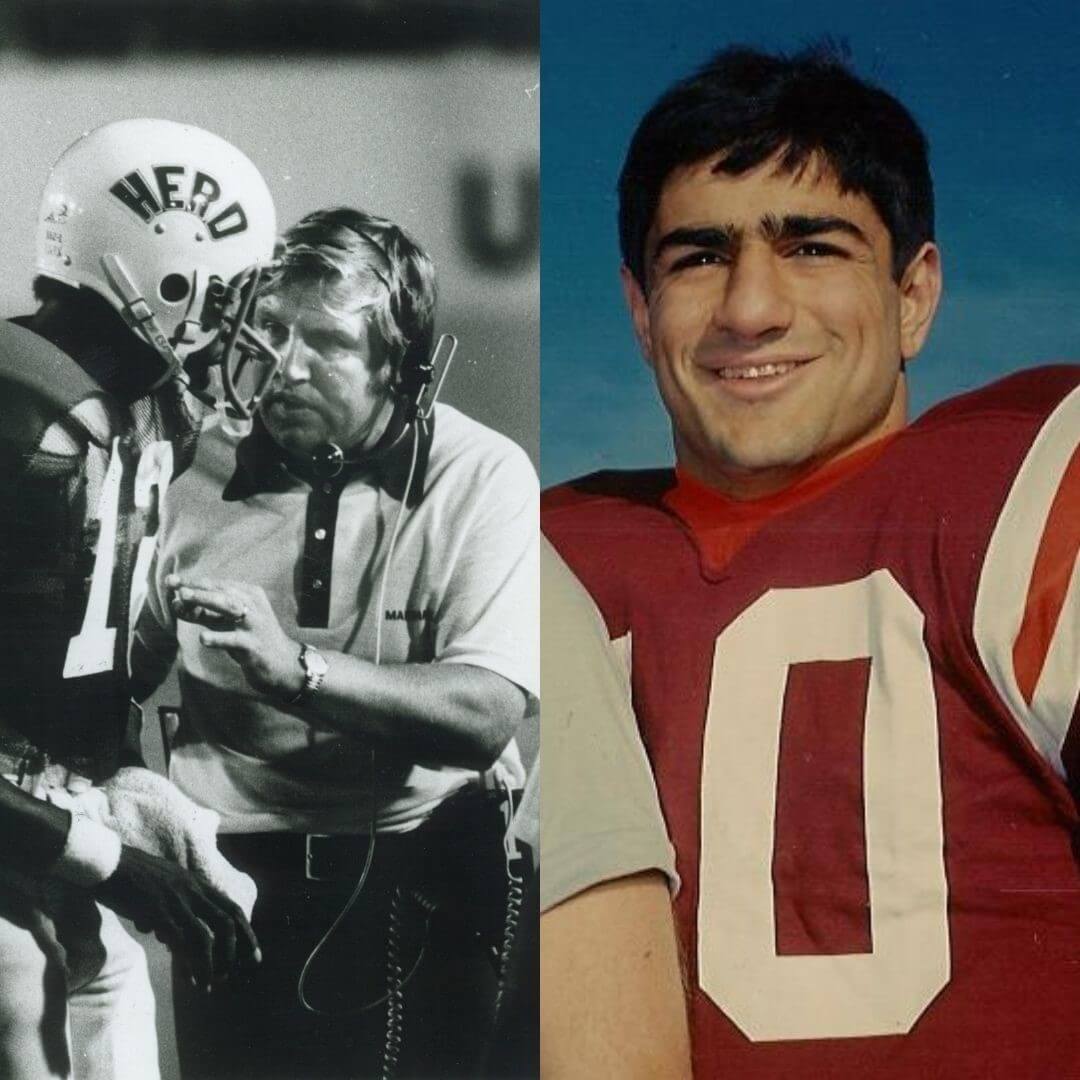 “Every year when I was the head football coach at Marshall University on the Friday before our first game, I would take only the football team, coaches and staff to Spring Hill Cemetery at the site of the Marshall Memorial Obelisk, which has all the names of all those who perished in the tragic plane crash. I would tell them: ‘These are the names of your teammates, the people who you will be representing. I can't promise you victory. I can only promise you what Winston Churchill once said: ‘Blood Sweat and Tears,’ but I promise you this: That on other days and on other fields, there will be victories. And we will all share in those future victories.’ And that has come to pass.'"

"I was born a month and a half after the plane crash. Every day of my life has been impacted by it, and I think it’s been in stages.  As a kid it was cool to hear stories about how great a football player my dad was and it made me feel even more proud to hear people tell me he was an even better man. His high character, leadership, work ethic and emphasis on academics led me to attend and graduate from West Point.

When I first became a father in my 30s the fact that I never knew mine really affected how I was going to be as a dad.  I was going to be present, even if maybe sometimes annoying!  My children mean everything to me.  Now as I am about to reach 50 years old, I marvel even more at what my mother went through back then.  I marvel at the strength it must have taken to just get out of bed, let alone have to take care of two little girls and give birth to me. And then the days and years that followed...She did it all with grace and love and dignity. It’s been 50 years of living life for all of us. The ups and downs, gains and losses...we have lived all that life offers. We have grown as a family and we are all very very close. We are fortunate and grateful. I’m sure if my dad were to see us gather together this Thanksgiving he would be proud of his beloved wife, his two beautiful girls, his only son, and our precious children and grandchildren. His legacy lives on. Life goes on and it must."