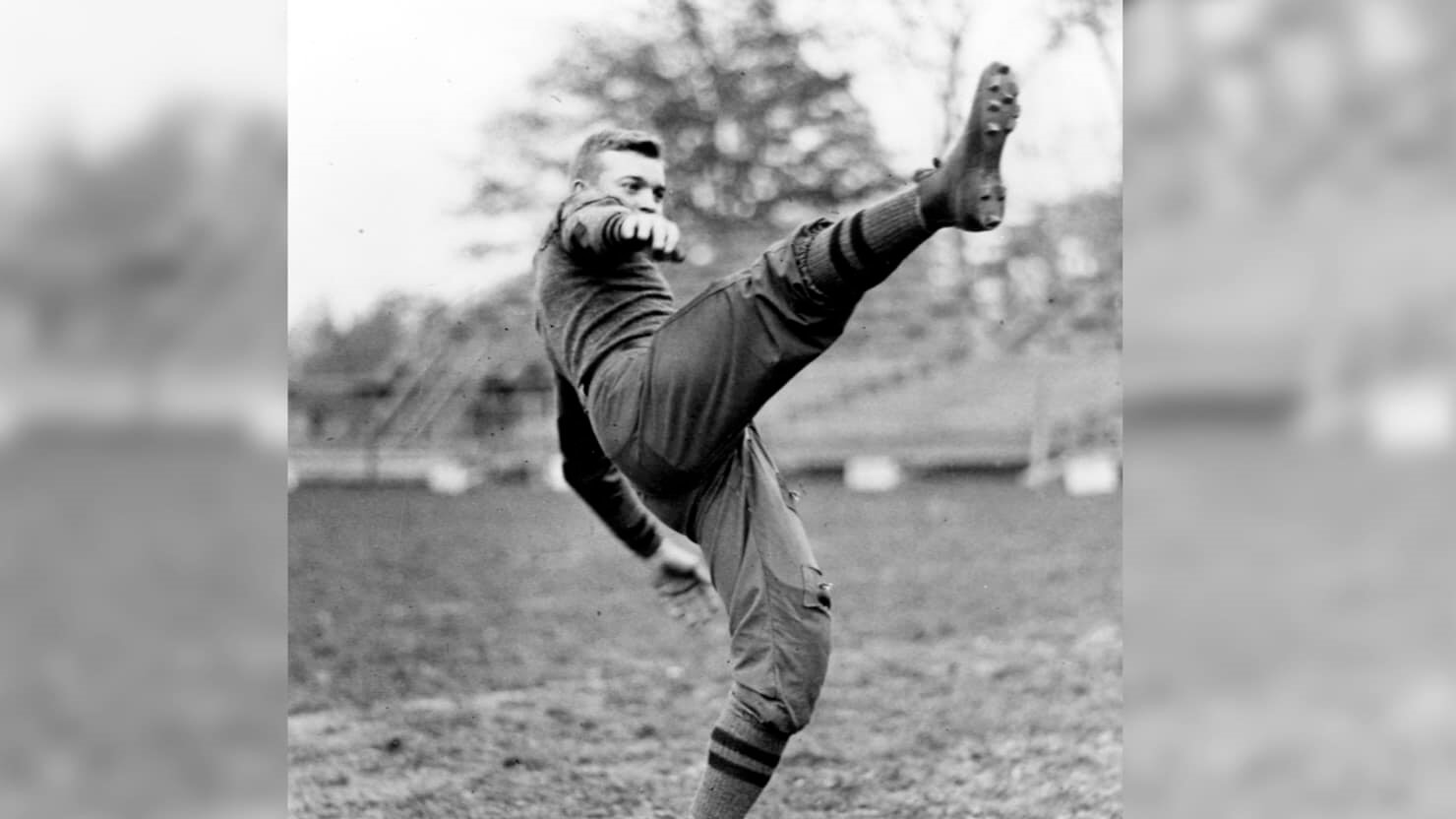 As we gear up for the start of the new season and celebrate the 150th anniversary of the game, we decided to take a look back at some of our country’s famous presidential players. Before they held the title of POTUS, they were linebackers, tackles, centers and even a football movie star.

Prior to his military career, Dwight D. Eisenhower was the starting halfback at Army. His most memorable game came when he tackled future College Football Hall of Famer Jim Thorpe from Carlisle. In the very next game he tore a ligament in his knee, which ended his short-lived collegiate career, but he remained a die-hard Army fan for the rest of his life.

The 35th President of the United States decided to play football for Harvard University. Illness and injury prevented JFK from making it past JV, though he remained active in sports, including front lawn football games with family and friends. Kennedy even participated in the coin toss in the 1963 Orange Bowl.

At Whittier College, Richard Nixon was a reserve tackle on the varsity squad although, weighing in at just 175lbs, he didn’t see a lot of play time. As President, he remained a huge football fan and cheered for the home team, the Washington Redskins. His most notable contribution to the game happened when he recommended a play to Redskins Coach George Allen, forever known as “Nixon’s Play”.

Gerald Ford arguably had one of the most accomplished college football careers of all U.S. Presidents. He was one of the top players at the University of Michigan, and during his college career he was a member of two undefeated teams, winning back-to-back national titles in 1932 and 1933. He turned down offers to play in the NFL and instead decided to become an assistant coach at Yale while attending law school.

Ronald Reagan played at Eureka College in Illinois, but his football legacy lives more on the silver screen than the field. Reagan portrayed legendary Notre Dame player George Gipp in the 1940 film “Knute Rockne, All American” and from that role the nickname, “the Gipper”, stuck. He even used George Gipp’s famous line “just win one for the Gipper” in his run for the presidency.

As part of our celebration of the 150th anniversary of the game, the College Football Hall of Fame partnered with Turner Classic Movies to create a September TCM series called Gridiron Glory: College Football in the Movies. Fans will be able to watch “Knute Rockne, All American”, one of the featured films in the series, and the program will include guest appearances from some of our very own Hall of Famers.