Jim Plunkett was recruited nationally following an undefeated season at James Lick High School in San Jose. He chose to stay close to home and enrolled at Stanford University in 1967 to be close to his parents, who were each blind. The school in Palo Alto benefitted as Plunkett led Stanford to a 22–8–2 record in his three years as starter. A 27–17 victory over Ohio State in the 1971 Rose Bowl capped off a career in which he generated 7,887 yards of total offense and won the Heisman Trophy and Maxwell Trophy in 1970.

Plunkett was chosen first overall by the New England Patriots in the 1971 NFL Draft and named Offensive Rookie of the Year by the Pro Football Writers of America. His career stalled over the next several seasons as New England endured losing season after losing season. The Patriots traded Plunkett to the San Francisco 49ers in 1976. San Francisco released him after just two seasons.

The Oakland Raiders signed Plunkett to be a backup quarterback in 1979. He served as a backup until the fifth game of the 1980 season when he was thrust into the starting position after an injury to the incumbent. He responded by leading the Raiders to a Super Bowl championship, defeating the Philadelphia Eagles 27–10 in Super Bowl XV. Plunkett was named Super Bowl MVP.

Three seasons later Plunkett led the newly relocated Los Angeles Raiders to a 38–9 victory over Washington in Super Bowl XVIII. Plunkett continued playing off and on in Los Angeles until leaving football in 1987 at the age of forty. He finished his NFL career with 25,882 passing yards, 164 touchdown passes, and a reputation as one of the toughest quarterbacks in football history. Plunkett was inducted into the Chick-fil-A College Football Hall of Fame in 1990. 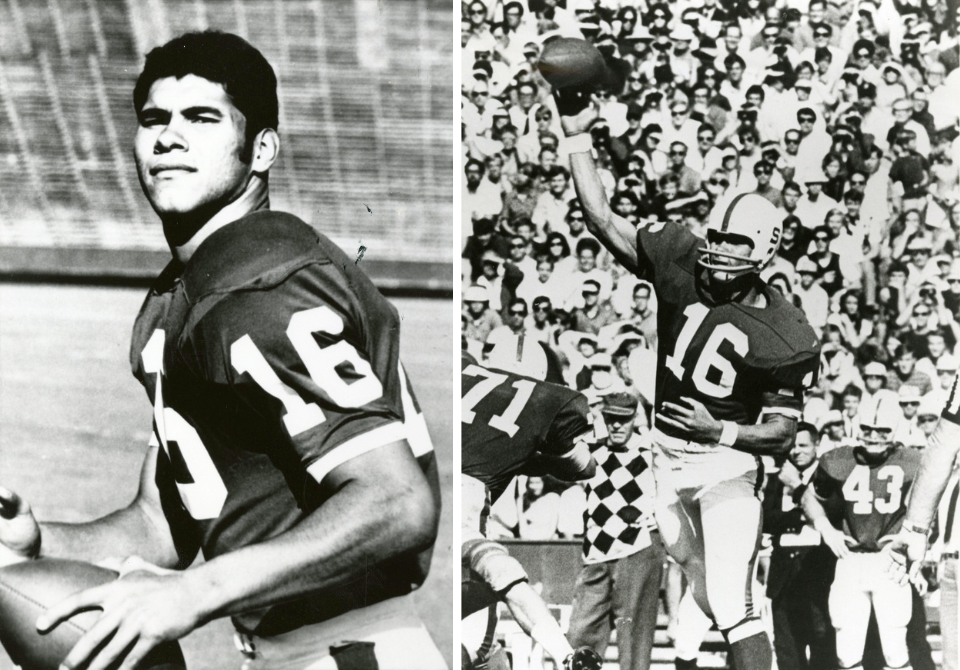