Horsing Around for the Kentucky Derby: The Tradition of USC’s Mascot, Traveler 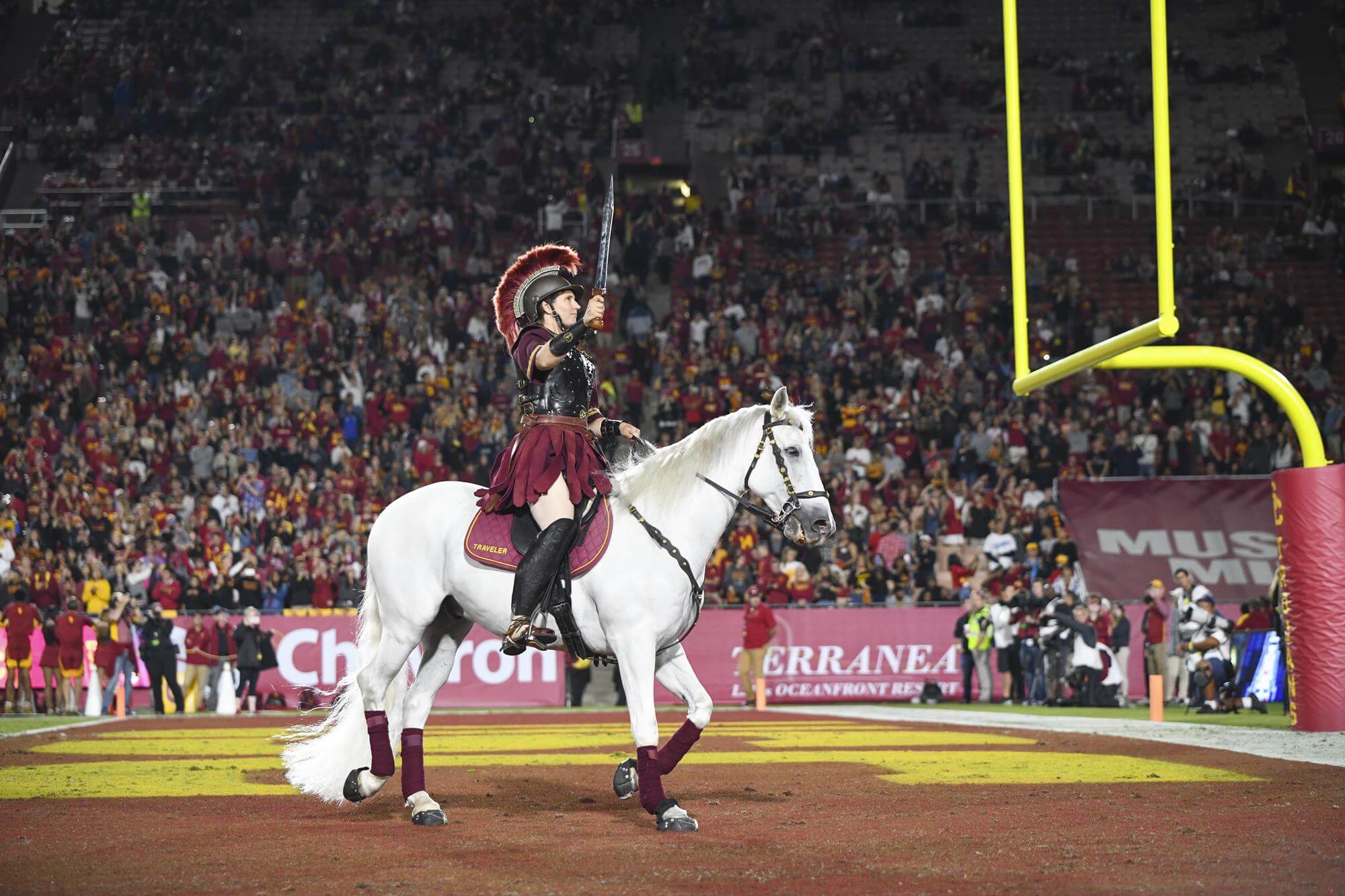 Horsing Around for the Kentucky Derby: The Tradition of USC’s Mascot, Traveler

Known as the fastest two minutes in sports, the Kentucky Derby returned to Churchill Downs on Saturday, May 4. After watching the Derby last weekend, The Chick-fil-A College Football Hall of Fame was inspired to share the story of Traveler from the University of Southern California, one of only about 10 horses named as mascots in college football and one of the most notable in the game.

The Origins of Traveler

“Traveler” was first introduced in 1961 after a long line of canines previously served as the unofficial mascot for the Trojans. Traveler I was first spotted with his rider, Richard Saukko, in the 1961 Rose Parade by Bob Jani, USC’s Director of Special Events, and Eddie Tannenbaum, a junior at USC. Enamored with Traveler’s grandeur, the duo successfully persuaded Saukko to ride Traveler around the Coliseum at home football games. Traveler made his official debut at the Coliseum in 1961 when the Trojans played their home opener against Georgia Tech, and the rest was history. Traveler quickly became a beloved mainstay at home USC football games and the annual Rose Parade.

Traveler in the Los Angeles Coliseum

Prior to the renovations of the Los Angeles Coliseum during the 1990s, the stadium included an Olympic track that wrapped around the entire football field. After every USC score, Traveler galloped around the field to excite the crowd. Today, the track removal hasn’t stopped Traveler from celebrating after every score. He continues to gallop around the field, but is careful to avoid players, coaches, fans and media on the sidelines.

Though the breed of horse has changed over the last fifty years, Traveler’s pure white coat remains a “Traveler tradition”. Traveler IX was introduced during USC’s 2017 home game against Western Michigan and continues to rally the Trojan faithful at all football home games, a true college football tradition.