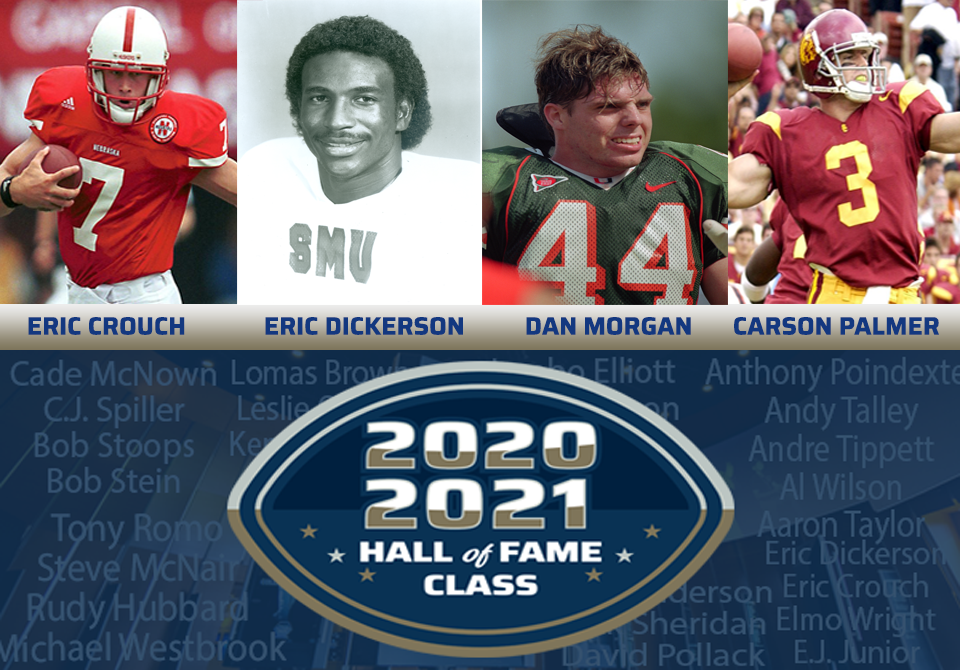 Eric Crouch, 2001 Heisman Trophy winner, had an incredible career at Nebraska. In 1999, in a game against California, Crouch tied an NCAA record by scoring a touchdown via a run, a pass and a reception. His 4,481career passing yards rank in the top ten in Nebraska history while his career rushing yards are fourth among all positions.

As a member of Southern Methodist’s “Pony Express”, Eric Dickerson set nearly every school record during his collegiate career. Dickerson was a two-time First-Team All-Southwest Conference selection while leading the conference in both rushing and scoring in 1981 and 1982. Dickerson had his No. 19 jersey retired by SMU in 2000.

Dan Morgan terrorized offenses from 1997 through 2000 at the University of Miami. With the Canes, Morgan became the first player in NCAA history to sweep the three major defensive awards in one season. He is Miami’s all-time leading tackler and was a key part to their reemergence in the late 1990s. During his career he led Miami to three top 20 finishes and three consecutive postseason wins.

Winning the 2002 Heisman Trophy, Carson Palmer led a new era of dominance at Southern California where he played from 1998 to 2002. He finished his career as the Pac-10’s all-time leading passer. In 2002, Palmer led the Trojans to their first 11-win season since 1979, a share of the conference title and a number four national ranking. He capped his record setting senior season with a victory in the 2003 Orange Bowl.