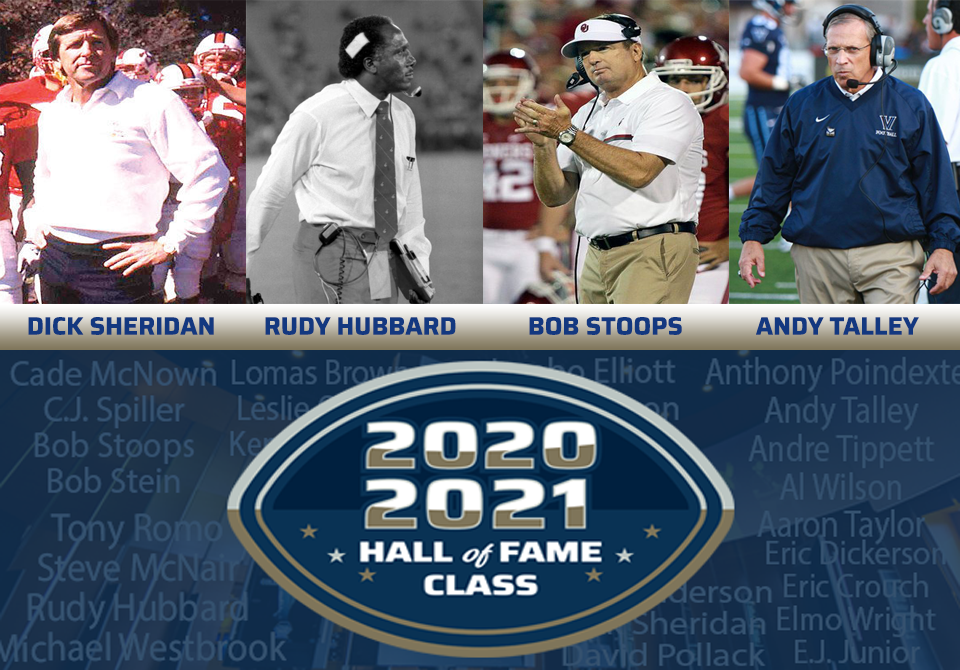 A national coach of the year selection at both the FCS and FBS levels, Dick Sheridan won 69.4% of his games during a stellar 15-year run as a head coach. After guiding one of the most successful runs in Furman history, he also led a historic turnaround at North Carolina State.

During his 37-year career, coach Andy Talley was named AFCA National Coach of the Year in 1997 and 2009. During his tenure he mentored 16 First-Team All-America selections, 84 First-Team All-Conference selections and 16 Academic All-America selections. Three of his Villanova Wildcats would win the Walter Payton Award as the top offensive player in the FCS: wide receiver Brian Finneran (1997), running back Brian Westbrook (2001) and quarterback John Robertson (2014).

Oklahoma's all-time winningest coach, Bob Stoops is the only coach in history to win a national championship and all four BCS bowl games During his time at Oklahoma, Stoops never had a losing record and led OU to a bowl game in each of his 18 seasons. Stoops claimed nine postseason victories,

including wins in the Cotton, Fiesta, Orange, Rose and Sugar bowls and was the sixth-fastest coach to reach 150 wins (187 games). He led the Sooners to top 25 finishes in all but three seasons, including seven top five rankings.