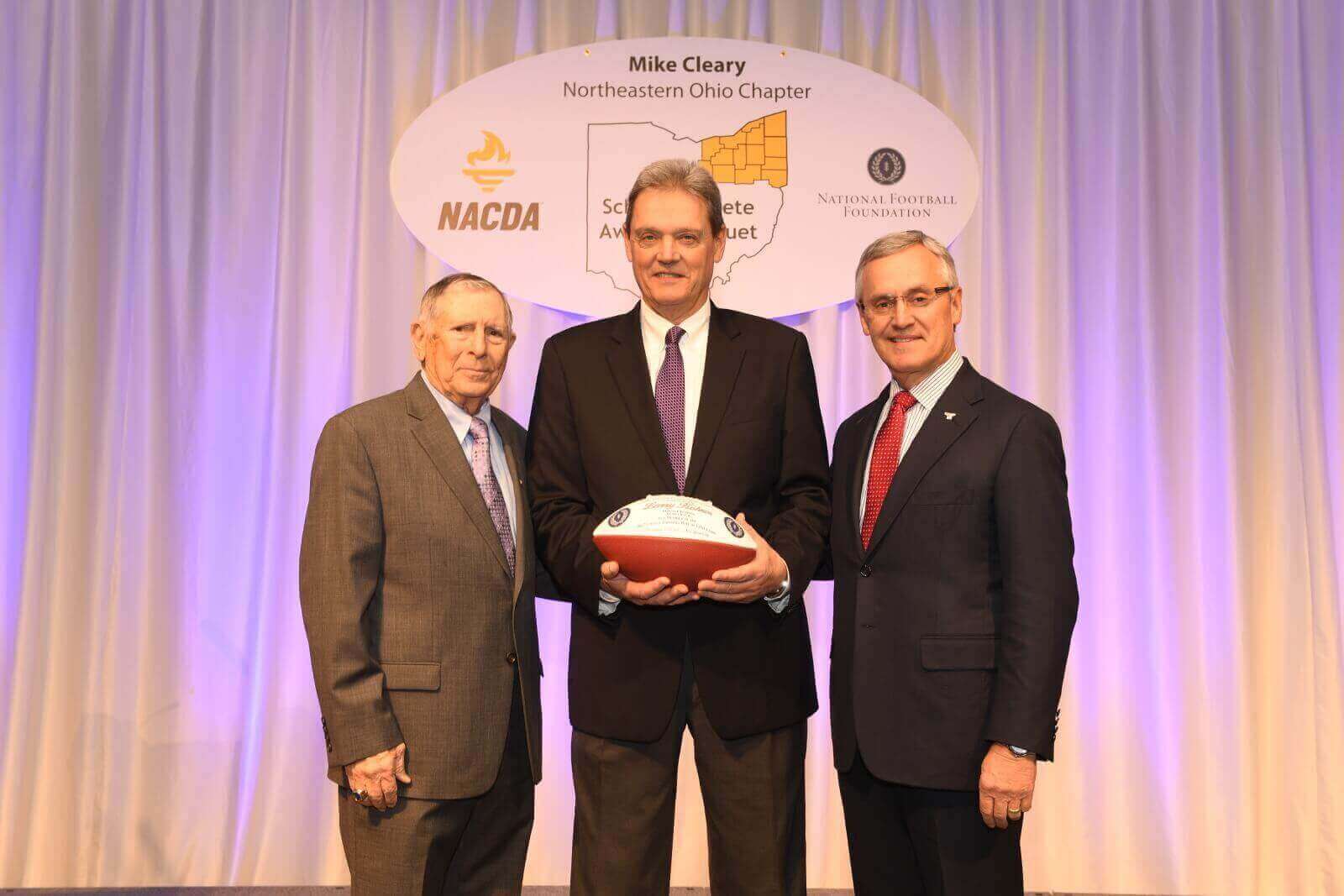 If one were to ask a college football fan to name the sport’s most dominate dynasty ever, fans might name teams often sited in football history like Alabama, Notre Dame, or Yale. Fewer would likely mention the Mount Union Raiders as their answer, but this is one of the most dominate teams in history.

Under the leadership of Coach Larry Kehres, the Raiders won eleven Division III National Championships. From 1996 until his 2012 retirement, he had a record of 236 wins and only 8 losses. In those 17 seasons, he won ten national championships, and finished second five times. His overall coaching record of 332-24-3 equates to a .929 win percentage, the highest mark in college football history. The great Knute Rockne’s win percentage of .881 falls far short of the mark set by Kehres.

Larry also holds the two longest win streaks in college football history. One of 55 games, and one of 54 games. Those two streaks were interrupted by one loss, meaning for one 110 game stretch, he won 109 games.

To win at such a high level for such a long period of time there must be a secret to his success. There is none. Erik Raeburn, a former player and head coach at Savannah State said, “People want it to be one secret thing, so they can just copy that. But the reason they’re so successful is that he’s better than all the other coaches at everything. He’s a better strategist, he’s a better recruiter, and he’s a better evaluator of talent. He’s a better teacher. He just sees everything better.”

One coach who sought to find the secret of Kehres’ success is John Gagliardi St. John’s (MN). College football’s all-time win leader (489) faced Kehres four times losing three of those games. “How does he win all the time, I wish I knew,” said Gagliardi. “He’s brilliant. Every time you think you’ve caught up to him he adjusts and his teams get better. I would guess that only John Wooden has had more success as a college coach.”

With such great success many have wondered why he has not actively sought a position at a major college program. But Kehres has always been at home at Mount Union. He spent nearly his entire life in northeast Ohio. Born just 15 miles from campus, he was a player at Mount Union for four years, then an assistant coach for 12 years before his 27-year head coaching stint. His home is just a short distance from the practice field. Upon his retirement after the 2012 season, his son Vince became head coach.

Perhaps teaching and building leaders is what he does even better than coaching. Over 100 coaches on the high school, collegiate and professional levels can trace their heritage back to Kehres and Mount Union.

In building leaders, Keres leads by example. “Players are going to look to us to see how we react to pressure or how we react to tough circumstances,” he said. “Good examples of appropriate behavior. Promptness. Attentiveness. Respect. Those types of things. You can sometimes learn a lot by watching young men in terms of their behavior in the college cafeteria. Are they polite, respectful of the people who are serving the food?”

The attention to these small details may be at the heart of his success. “This is a culture of excellence that I have never seen before.” said Jack Ewing, president of the University of Mount Union. “Coach Kehres is the key. Few, if any Division III schools pay as much attention to every detail of having a successful program.”