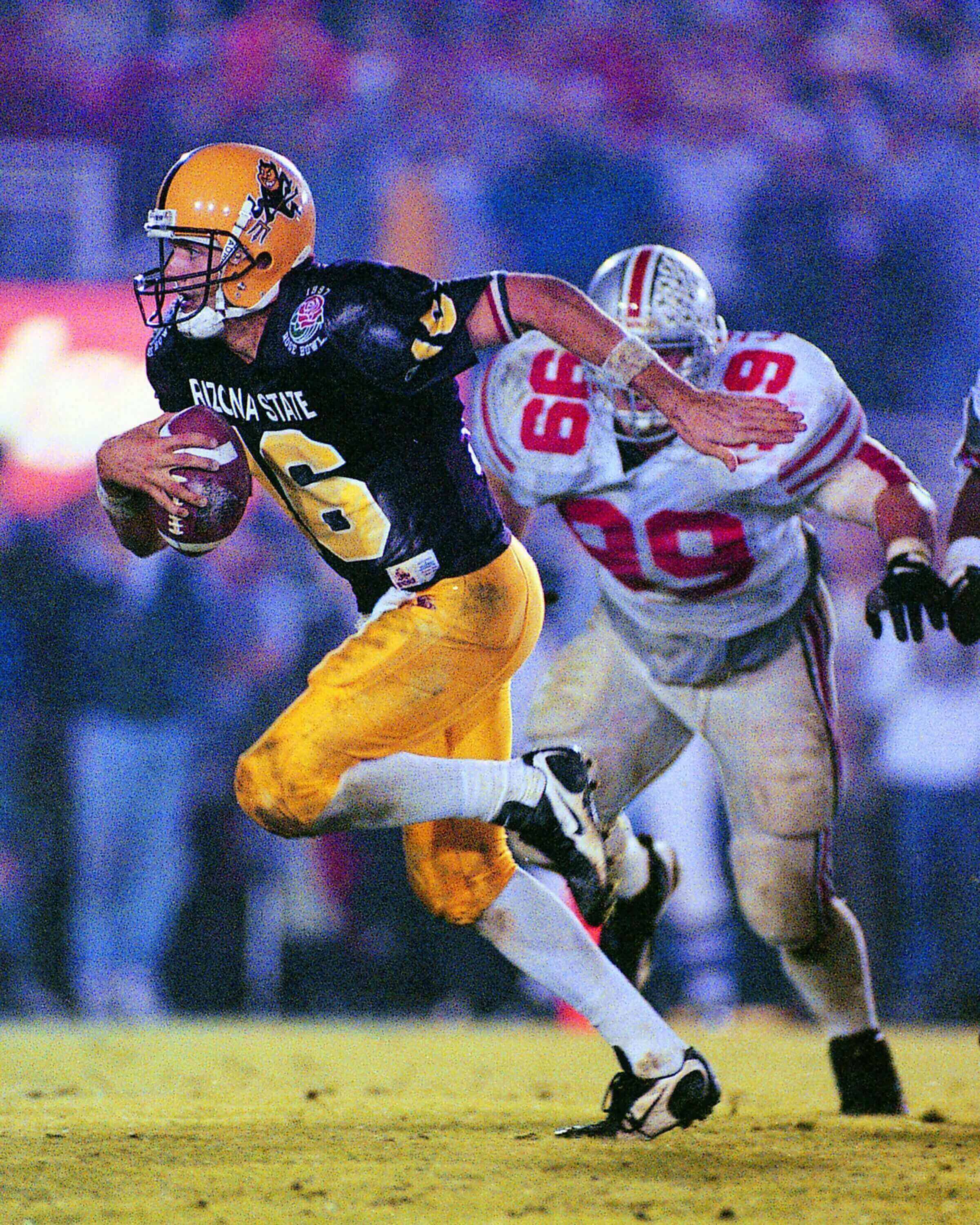 Arizona State standout quarterback Jake Plummer will join the elite class of College Football Hall of Fame inductees later this month. Plummer had an impressive career as a four-year starter at ASU from 1993 to 1996, where he produced one of the best statistical careers in school history.

“Jake the Snake” was the first freshman to start as quarterback for ASU in nearly a decade. He left his mark on the school record book, finishing third in career passing yards with 8,827, fourth with 65 touchdown passes, and fifth with 632 completions along with 8,711 yards of total offense. He set a Sun Devil record of 34 games of either throwing or rushing for a touchdown. During his senior campaign in 1996, he was named First-Team All-America and Pac-10 Player of the Year. That same season, he led Arizona State to an 11-1 record and 1997 Rose Bowl berth, where the Sun Devils narrowly lost to Ohio State 20-17. Not only impactful on the field, Plummer excelled in the classroom where he earned First-Team All-Academic Conference honors as a senior.

A Special Bond with Pat

Teammates often develop a special bond of brotherhood while in college and that was true for Plummer and fellow Hall of Famer Pat Tillman (Hall of Fame Class of 2010). Not knowing where they would end up after school, the two players landed on the same roster with the Arizona Cardinals. Plummer was selected in the second round in the 1997 Draft and Tillman followed suit in the seventh round the following year. The two played together for four seasons with the Cardinals.

Plummer played for 10 seasons in the NFL and spent his first six seasons with the Arizona Cardinals. He spent his remaining four seasons with the Denver Broncos and finished his NFL career with 29,253 passing yards, 161 touchdowns, and a pass rating of 74.6.