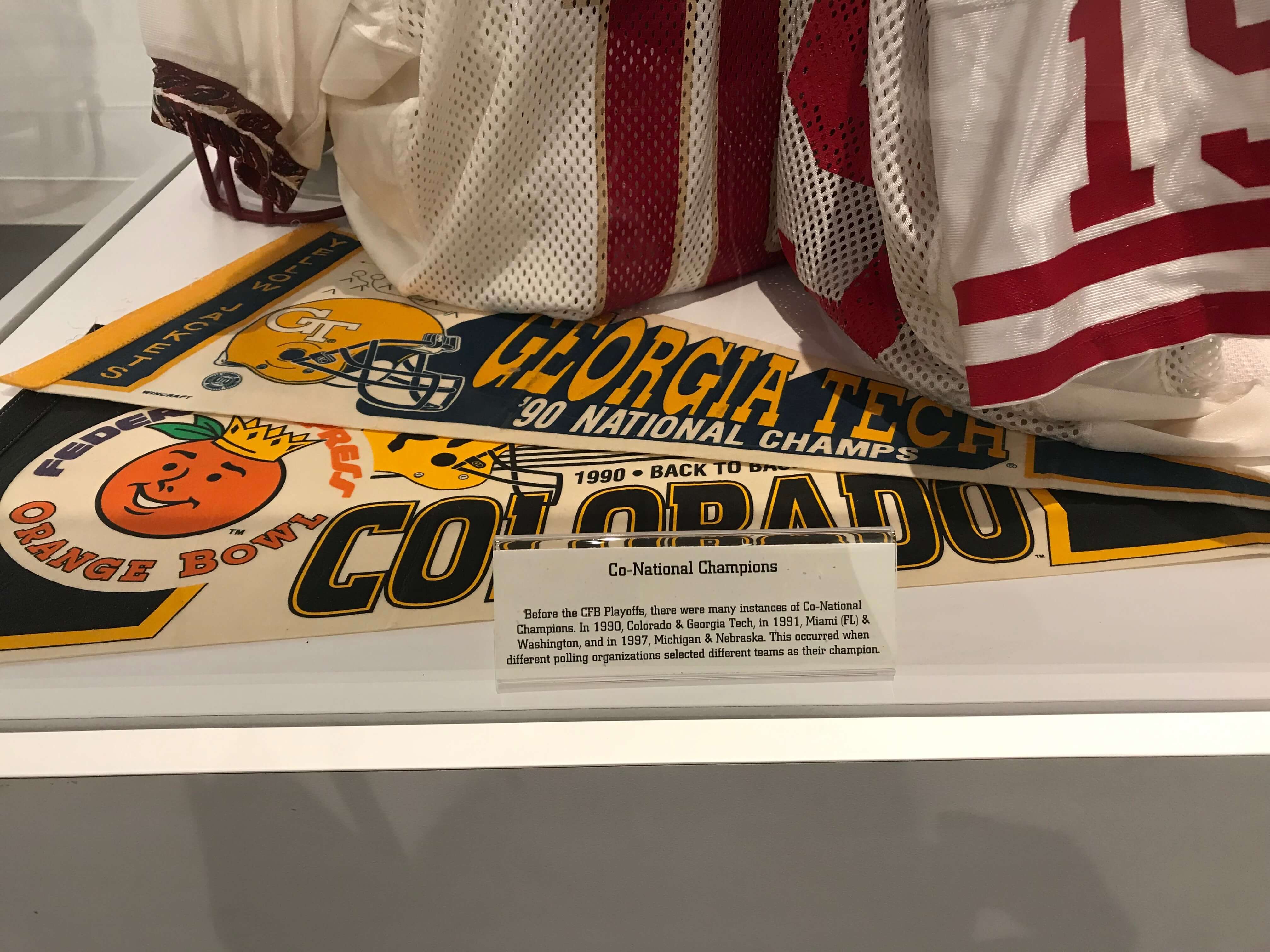 Friday, June 14th is Flag Day, so it's only fitting to discuss the flags and pennants that the Chick-fil-A College Football Hall of Fame proudly displays every day, each representing the passion, pageantry and traditions of the game.

One of the oldest artifacts currently on display is from Harvard University.  The pennant is a part of our limited-time exhibit celebrating the 150th anniversary of the first college football game. The 1910 flag features the melon shaped football used during the school’s powerhouse days. From 1873-1910, Harvard played their way to an impressive 298-50-14 record.

The first penalty flag is displayed in our Kia Building a Champion Gallery. It was created by the wife of Youngstown State Coach Dike Beede. Coach Beede was frustrated that penalty calls were being ignored so he asked his wife to make the flag. She created the red and white pennant out of an old Halloween costume and bed sheet with fishing weights added into each corner so it would not blow away. The new flag was first used in a match between Youngstown State and Oklahoma City in 1941, however, it was not adopted by every team until 1948.

You will find this piece of history in our Coca-Cola Fans’ Gameday Gallery.  Georgia Tech’s white and gold pennant flies on a 1930 Ford Model A Sport Coupe – known as the Ramblin’ Wreck – during every home game. The car, complete with cheerleaders running alongside the car and hanging onto the sides, has led the football team out of the tunnel and onto the field since 1961, truly a time-honored tradition.

As you’re walking through the Kia Building a Champion Gallery, you’ll find the UCLA Liberty Bowl pennant from 1976. Prior to that game, UCLA was ranked #2 and favored to beat USC which would secure their Rose Bowl bid. After an agonizing defeat by USC, the Bruins accepted an invitation to the Liberty Bowl to play against a 10-3 Alabama team. Alabama won 36-6.