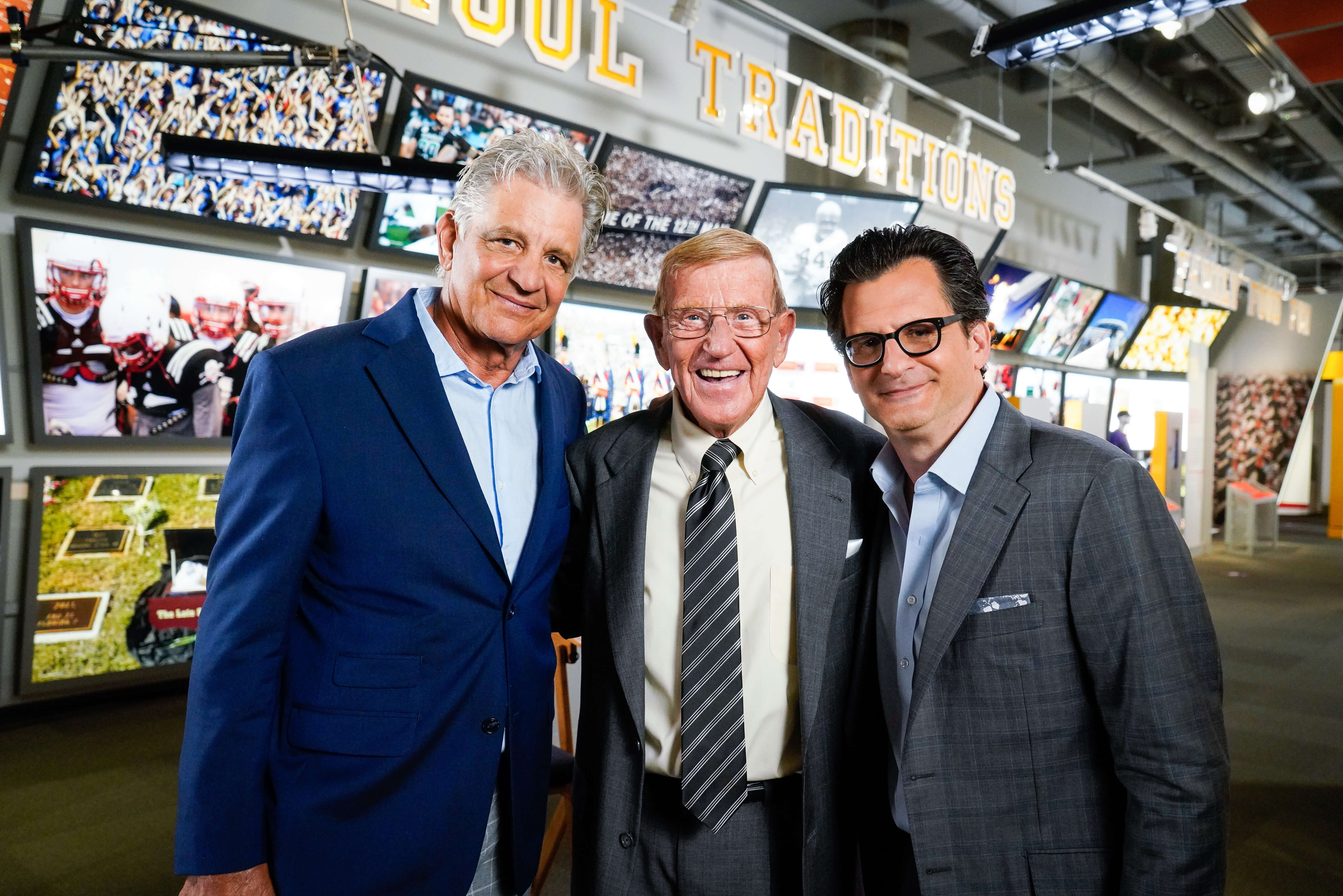 In celebration of the 150th anniversary of college football this season, Turner Classic Movies and the Chick-fil-A College Football Hall of Fame have teamed up to showcase classic college football movies throughout the month of September. The series, titled “Gridiron Glory: College Football In The Movies”, will air a total of 15 movies over four Fridays in September, beginning with The Freshman at 8:00 p.m. ET on Friday, Sept. 6.

“We are excited to work with Turner Classic Movies to bring the 150th anniversary celebration to fans’ living rooms through their favorite football films,” said Dennis Adamovich, CEO of the Chick-fil-A College Football Hall of Fame. This will be an engaging way to show viewers that college football is more than a game, with the ability to bring people together around shared traditions and experiences.”

“I thoroughly enjoyed trading in the studio for the College Football Hall of Fame, especially with a couple of college legends, Lou Holtz and Ed Marinaro, sitting beside me,” said Ben Mankiewicz, TCM Primetime Host. “Coach Holtz has been one of the signature faces and voices of college football all my life, while Ed played a critical role on ‘Hill Street Blues,’ the show that kicked off the television renaissance we’re still experiencing today. This is the first time TCM has celebrated college football in film and it comes at the perfect moment – the start of the 150th season of college football.

It's Game Time! We are excited to announce that we are officially open daily from 10-5. Our staff is working hard to make sure that we are prepared for your arrival, taking all precautions and creating a clean safe environment for you to enjoy. We look forward to showing off our new exhibits and experiences and sharing the stories of the greatest to ever play or coach the game.