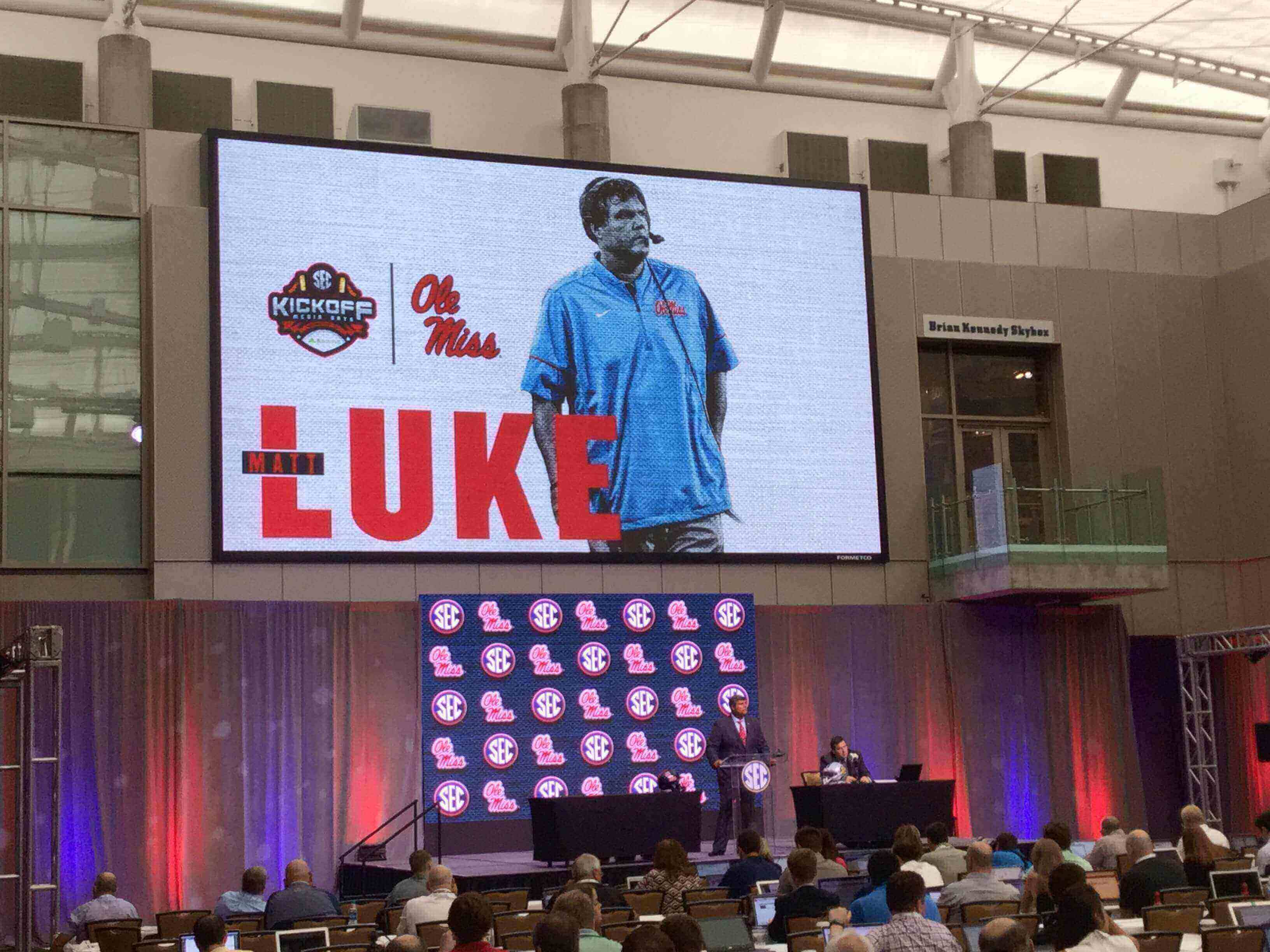 Event’s First Time Outside of Birmingham, Ala. Area since 1985 is a Touchdown in Atlanta

Coming off the heels of Atlanta’s biggest year in college football, The Chick-fil-A College Football Hall of Fame celebrates a successful 2018 SEC Football Kickoff Media Days presented by Regions Bank, and the opportunity to host the event for the first time at the Hall and outside of the Birmingham, Ala. area in 33 years. The Hall, which was trending on Twitter and earned more than 100,000 impressions in the first day alone, garnered a total of 599,382,169 throughout the week.  Thousands of fans traveled from across the Southeast to completely immerse themselves in college football at the Hall, including seeing their favorite coaches and players walk the Blue Carpet.

“We are thrilled with the exposure we achieved hosting SEC Media Days,” says Dennis Adamovich, CEO of the Chick-fil-A College Football Hall of Fame. “We welcomed large numbers of fans and over 300 media outlets in the building who covered the event. The fans were able to take part in the action with the players and coaches, as well as rub elbows with the media they follow.”

The event included live sets in the Hall for major national broadcast shows like SEC Now, The Paul Finebaum Show, SEC in the Morning and more. Additionally, the presentation of the MacArthur Bowl Trophy to Nick Saban and the University of Alabama in celebration of their 2018 National Championship aired for the first time on SEC Network live from the Hall.