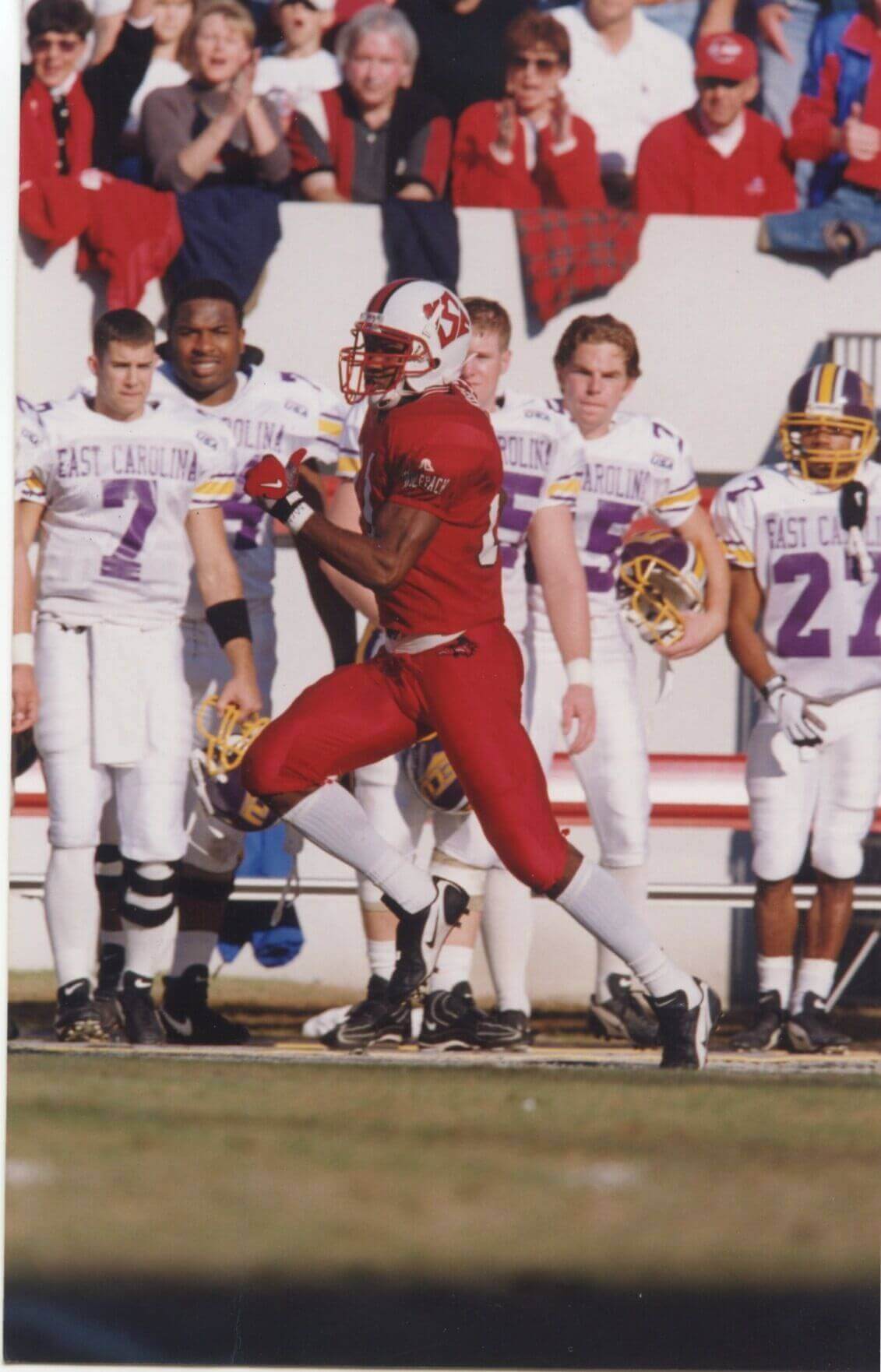 North Carolina State wide receiver, Torry Holt, joins the greatest to have ever coached or played the game when he is inducted into the College Football Hall of Fame’s 2019 Class. Though he hasn’t played for the Wolfpack since 1998, Holt still holds the ACC record for receiving yards in a season, along with single-game marks for receiving yards and touchdowns.

How “Big Game” Earned his Nickname

Holt is the sixth NC State player to be voted into the College Football Hall of Fame, and the first since running back Ted Brown was inducted in 2013. From ACC Player of the Year and Offensive Player of the Year honors in 1998, to holding the all-time receiving yards records for the Wolfpack including career (3,379), single-season (1,604 in 1998), and single-game (255 vs. Baylor, 1998), it’s easy to see why Holt quickly earned the name “Big Game”. He also held the record for single-game receptions for 17 seasons, with 88. Holt received first-team All-ACC selections twice as a wide receiver and was a consensus first-team All-American his senior season.

Selected as the sixth overall pick in the 1999 NFL Draft by the St. Louis Rams, Holt followed his extraordinary collegiate career with 12 seasons in the NFL. From the 1999 through the 2001 seasons, the Rams produced a wealth of scoring, accrued yardage, three NFL MVPs, and two Super Bowl appearances, winning Super Bowl XXXIV. “Big Game” held true to his nickname during his time in the NFL, earning seven Pro Bowl selections and a spot on the 2000s NFL All-Decade team.