The Father of American Football 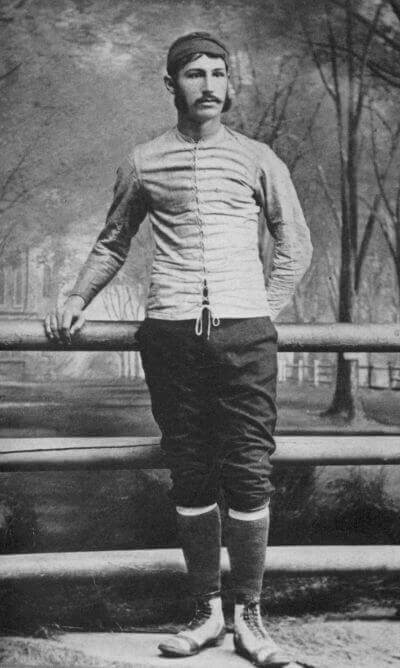 As college football celebrates its 150th anniversary, now is the perfect time to reflect on the remarkable history of the sport. Undoubtedly, football would not be the game it is today without the efforts, dedication and spirit of one man. Walter Camp, often called the “Father of American Football,” is considered the single most influential person in the development of traditional football, distinguishing the sport from its rugby and soccer origins.

Camp grew up in New Britain, Conn. and enrolled at Yale College in 1876. While at Yale, he was a member of the football team, playing halfback and ultimately earning the title of team captain. Although Yale’s football program officially began in 1872, the game largely followed rugby rules. After completing his undergraduate work, Camp continued to play for the Bulldogs as he worked towards earning his degree at Yale Medical School in hopes of eventually becoming a doctor.

In 1880, during his senior year, Camp presented some dramatic changes to the game to the Inter-Collegiate Football Association (IFA). The Rules Committee agreed to his changes, which included the now traditional 11-man team, the quarterback position, the line of scrimmage, offensive signal calling and requiring that a team forfeit possession after failing to advance a specified yardage in a certain number of downs; all key parts of the sport we know and love today.

Although Camp seemed poised to enter a career in medicine, his post-graduate life took a different turn and included serving as a football coach at Yale and Stanford. He later started a career as a successful businessman and sports writer. During Camp’s tenure at Yale, his teams went 67-2, winning three National Championships. Camp retired from coaching after a brief stint at Stanford, but couldn’t stay away from the game he loved. As a sportswriter, he authored nearly 30 books and over 250 magazine articles, with his work appearing in periodicals such as Harper’s Weekly, Collier’s Outing, Outlook and The Independent.

In 1951, the College Football Hall of Fame announced its inaugural class, which included the Father of American Football, honoring Camp’s legacy of shaping American football into the present-day game we all love.