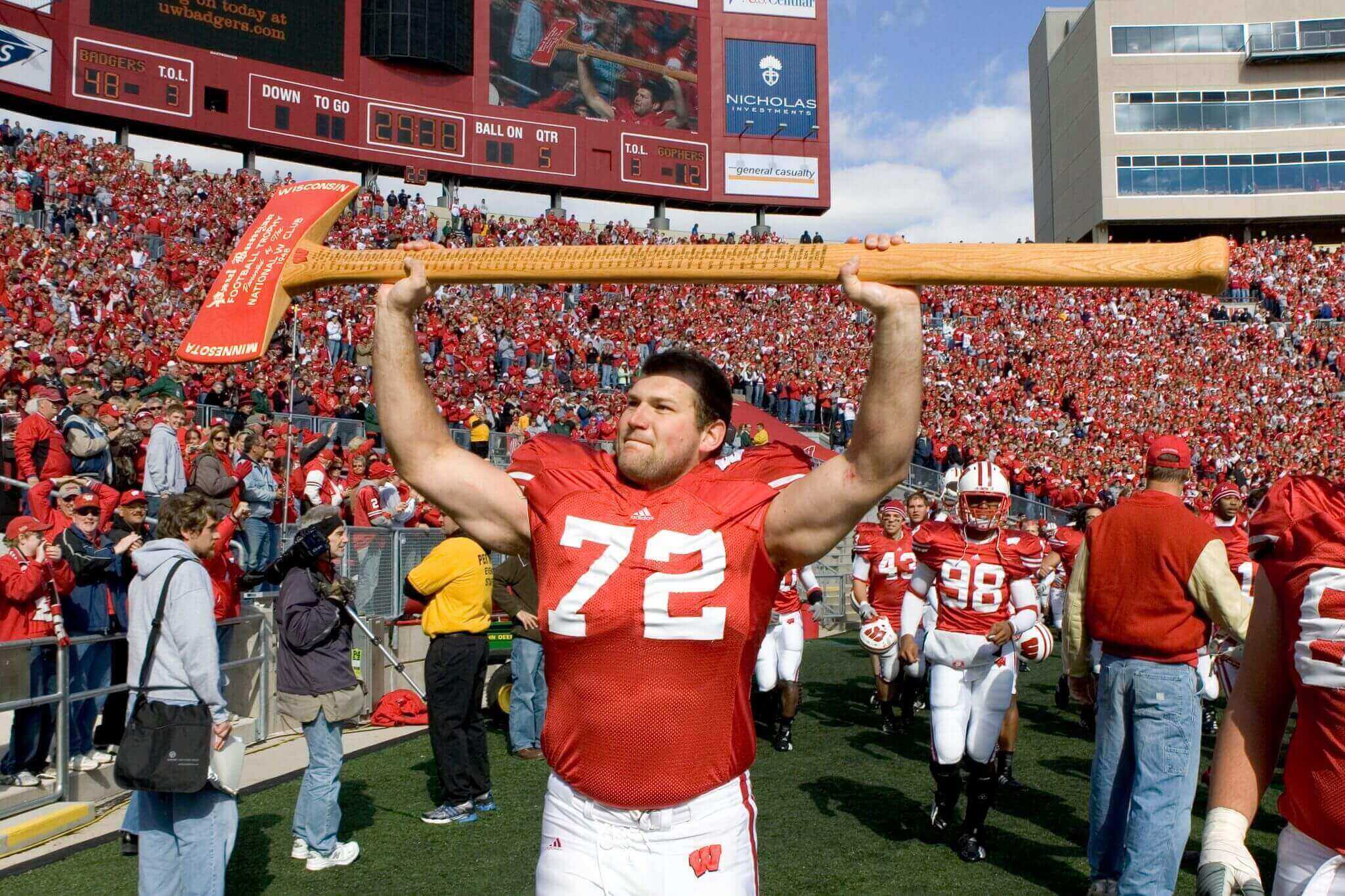 Commitment, perseverance and dedication are three characteristics that perfectly embody Joe Thomas. A native of Brookfield, Wis., he was one of the greatest players to ever suit up for the Badgers and one of 13 individuals selected for this year’s College Football Hall of Fame class.

Thomas’ career at Wisconsin from 2003 to 2006 was nothing short of incredible. He developed into a blocking tight end as a true freshman and through his final year in 2006 started 39 games as a left tackle.  A man of many talents, Thomas also competed on Wisconsin’s track and field team in the shot-put and discus games. He received national recognition for his performance in track and field, earning second-team Big Ten All-Conference selection in 2005, and qualifying for the 2004 and 2005 NCAA Regionals. Thomas’ commitment to his teammates, coaches and school ensured his success on multiple fronts.

During Coach Barry Alvarez’s final season at Wisconsin, Thomas blocked for running back Brian Calhoun, who had a phenomenal year rushing for 1,500 yards and another 500 receiving yards. Projected as a top 15 draft pick, Thomas considered declaring for the draft after the 2005 season, but it wasn’t in the cards. At the end of the season, he tore his ACL playing defensive end in the Capital One Bowl game against Auburn.

After the injury, Thomas decided to postpone his NFL hopes until 2007, heal his knee and return to Wisconsin for his final season. It was a legendary year. Thomas earned unanimous, First-Team All-America recognition and was the first Badger to win the Outland Trophy. In 2005 and 2006, he earned first-team All-Big Ten honors and was a two-time Lombardi Award semifinalist. On the heels of these impressive accomplishments and his perseverance through his injury, Thomas declared for the Draft in 2007 and was selected third overall by the Cleveland Browns.

Thomas’ commitment and perseverance in college paid off with a successful 11-year professional career with the Browns. During his NFL career, he was selected to the Pro Bowl ten times and is widely recognized as one of the NFL’s greatest offensive linemen.