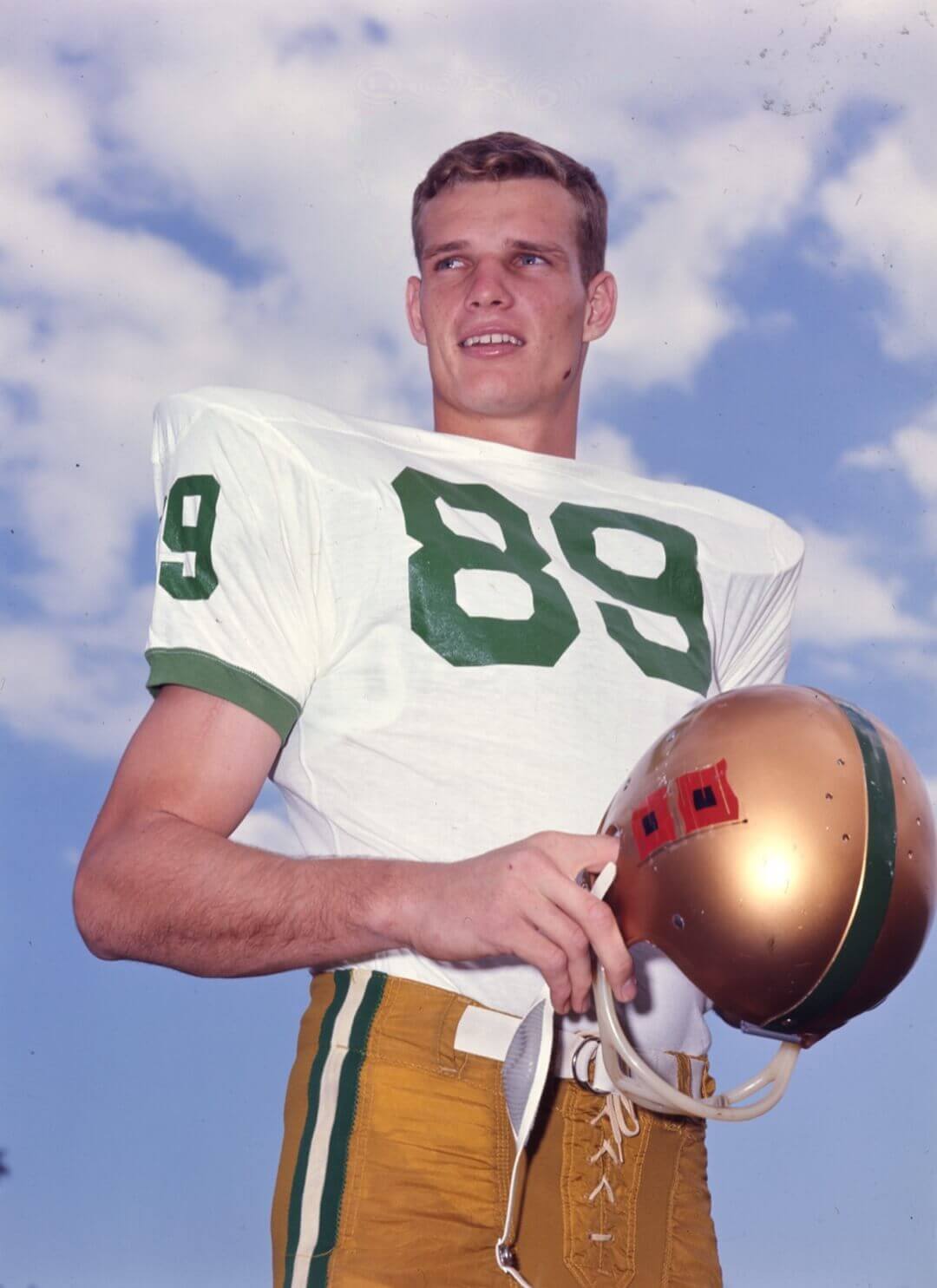 National Hispanic Heritage Month is celebrated annually in the U.S. from September 15th through October 15th. The College Football Hall of Fame strives to recognize and honor the contributions of all Hispanic and Latin American players and coaches in the game of college football and this year we put the spotlight on Hall of Famer Ted Hendricks (Class of 1987).

Shortly after Hendricks was born in Guatemala City, Guatemala, his family moved to Hialeah, FL. In high school, Hendricks excelled as a multisport athlete in track, basketball, baseball, and football. It was clear he was destined for athletic stardom.

“The Mad Stork” is Born

After graduation, Hendricks stayed close to home. The 6-foot, 7-inch 218-pound defensive lineman decided to attend the University of Miami where he achieved unanimous All-America recognition twice, totaling 327 tackles at a remarkable average of 109 tackles per season. During his time at Miami, he earned the nickname “The Mad Stork”, because of his exciting and explosive physical play. The moniker would follow him into his NFL career where he became simply known as “The Stork”.

In 1968, Hendricks was fifth in the Heisman Trophy voting piling up stats usually reserved for the more glamorous backfield. Hendricks put the pressure on the Canes’ opponents causing nine turnovers by fumble recovery, a stolen ball, pass interception, and a blocked kick. Against Pittsburgh that year, he not only blocked a kick, but recovered the ball 20 yards downfield.

Naturally excelling on the field, Hendricks also did exceptionally well in the classroom. He enrolled in honors courses, while majoring in math and minoring in psychology.  After college, Hendricks went on to have a successful NFL career with the Baltimore Colts, Green Bay Packers and Los Angeles Raiders.

In 1987, Hendricks was inducted into the College Football Hall of Fame, and his jersey at the University of Miami was retired ten years later. Following his retirement from the NFL, Hendricks received Pro Football Hall of Fame honors in 1990. Since 2002, the Ted Hendricks Award has been given to the nation’s top defensive end. Today, Hendricks uses his foundation to teach students the importance of goal setting and educational excellence, as well as providing recreational, health and educational opportunities for seniors. Hendricks’ Hispanic heritage and bilingual ability allows him to connect with members of the community and further his dedication to youth and seniors. This Hispanic Heritage Month, join us in celebrating Hall of Famer Ted Hendricks.