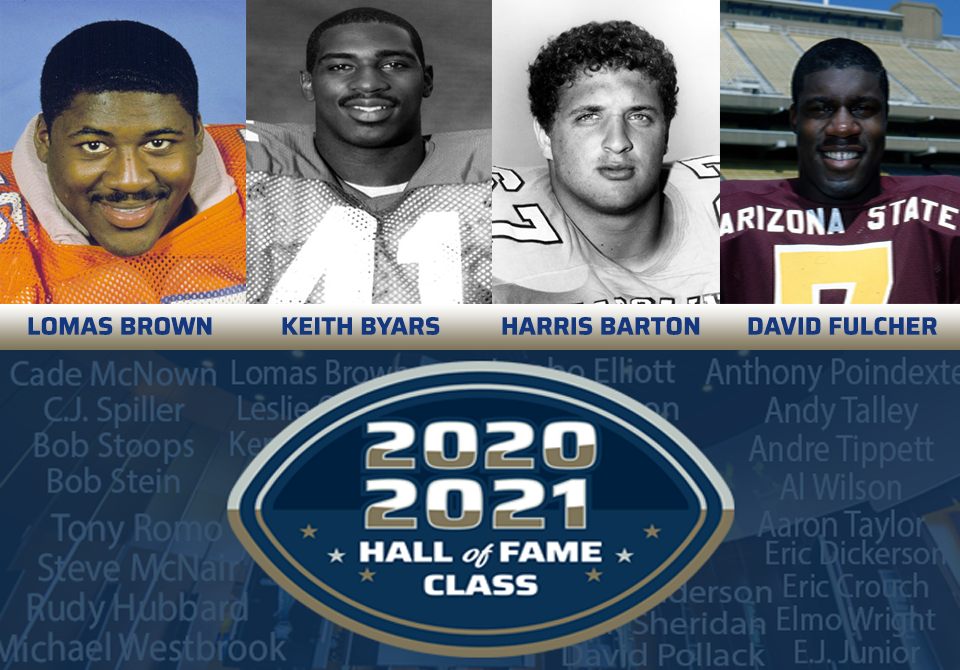 Keith Byars played his collegiate football at Ohio State where he was a dominate running force from 1982-1985 During his career, he surpassed 100 yards rushing in 17 games and twice led the Big Ten in rushing while playing for College Football Hall of Fame Coach Earle Bruce and was a teammate of Hall of Fame linebacker Chris Spielman. Byars was inducted into the Ohio State University Athletic Hall of Fame in 2000.

Harris Barton played for North Carolina from 1983 through 1986. As a four-year starter, he was named as the Atlantic Coast Conference’s most outstanding offensive lineman his senior season. That same year led the Heels to a number one ranking in the ACC and sixth nationally in total offense 436.0 yards-per-game. Barton was named an NFF Scholar Athlete and an Academic All-ACC selection. He ended his career at Carolina by playing in the Japan Bowl All-Star Game.

A three-year starter from 1983 through 1985, David Fulcher established himself as a star early, recording 53 tackles, three interceptions, six sacks and six pass deflections just four games into his career. In his second collegiate game in 1983, he posted 15 tackles and returned an interception 40 yards against UCLA.