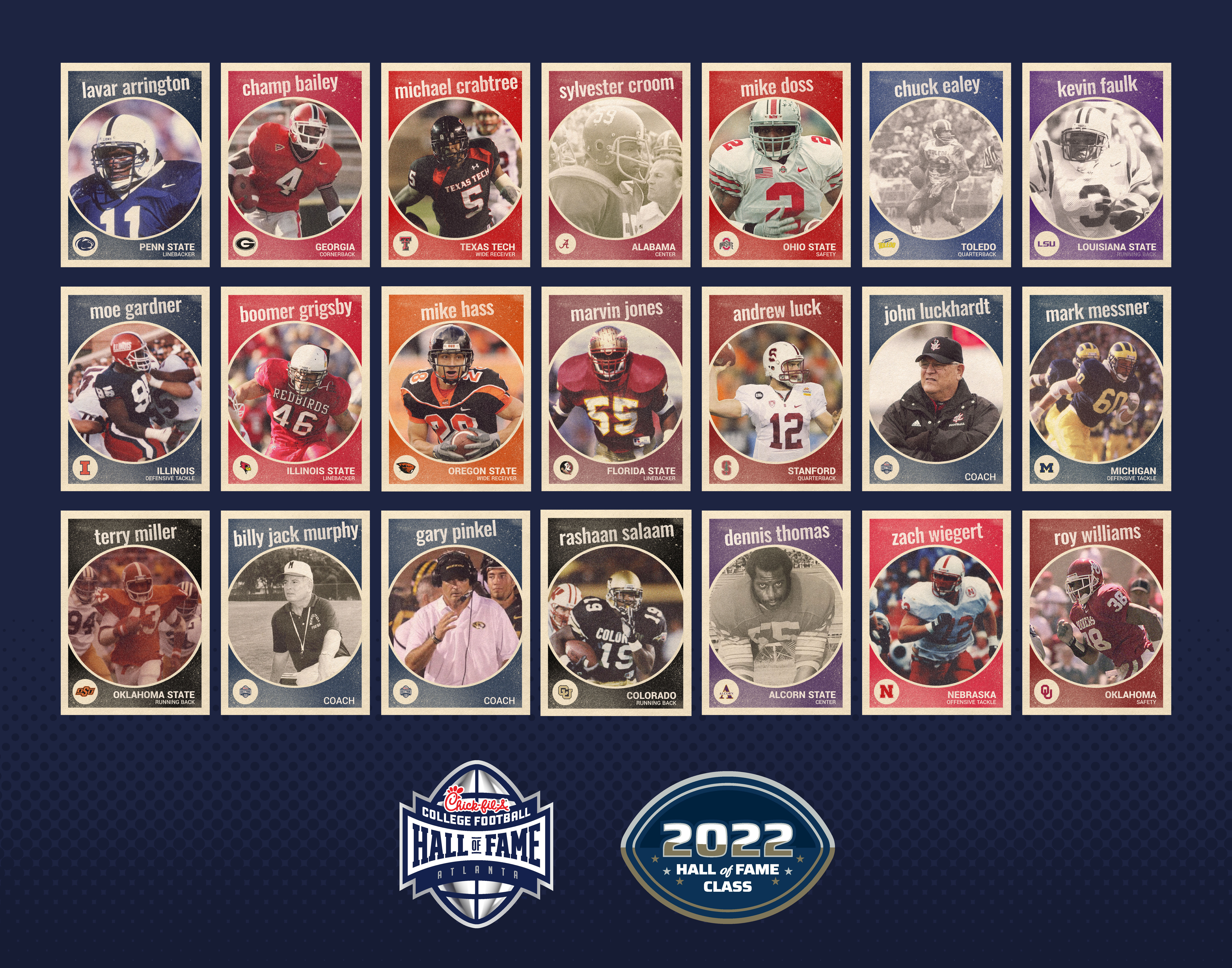 This Specialty Exhibit will run from September 1, 2022 to January 10, 2023.  The exhibit contains a locker filled with artifacts, uniforms, helmets, and other interesting items from each of the players and coaches.  Together with their accomplishments, the exhibit provides a great way to relive their collegiate careers and honor our newest Hall of Fame members.

The 2022 Class announced in January includes eighteen players and three outstanding coaches.  Key highlights for this Class are:

The 2022 College Football Hall of Fame Class will officially be inducted during the 64th NFF Annual Awards Dinner on December 6 in Las Vegas, NV.

The inductees will also be recognized this fall at their respective collegiate institutions with NFF Hall of Fame On-Campus Salutes, presented by Fidelity Investments. Their accomplishments will be forever immortalized at the Chick-fil-A College Football Hall of Fame in Atlanta, and each inductee will receive a custom ring created by Jostens, the official and exclusive supplier of NFF rings. 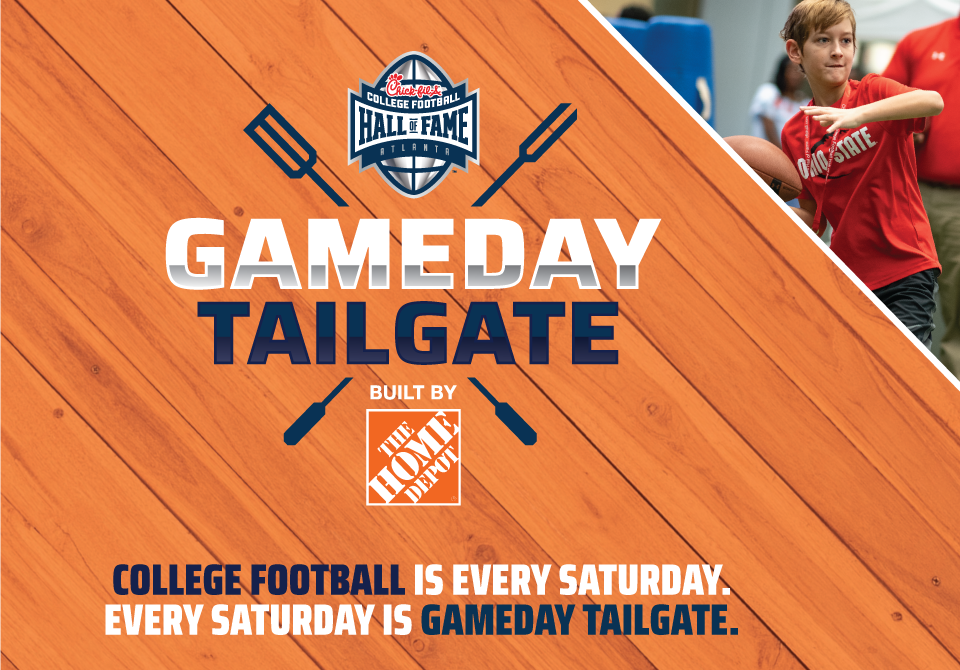 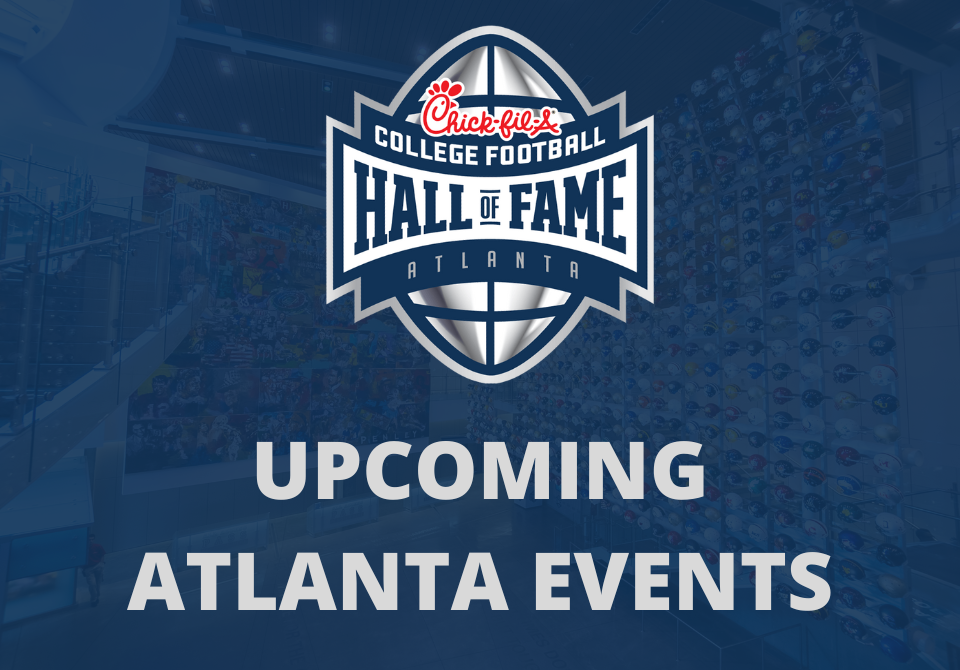 WELCOME FANS TO THE COLLEGE FOOTBALL HALL OF FAME!! The Chick-fil-A College Football is the home of all things college football. Plan your visit, throw, kick a field goal and experience 94,000 square feet of the storied tradition of college football. Be sure to follow us on all platforms @cfbhall