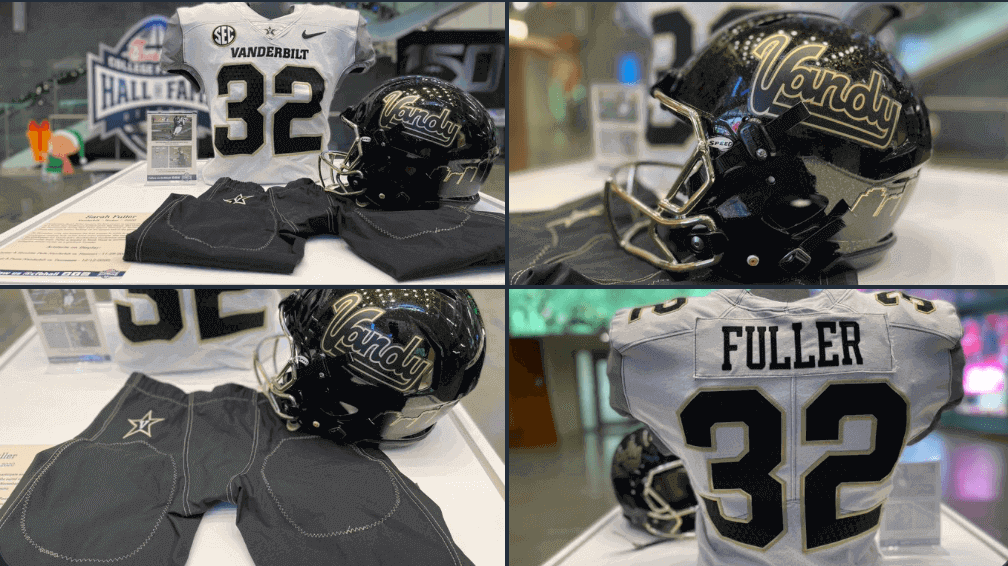 College Football in 2020 was remarkable in a different sense, as there were conference only seasons, games on the field with no fans in the stands, 2020 was a season for the record books.  Recently, Sarah Fuller, of Vanderbilt University created history as she became the first woman to play and score in a Power Five football contest.By leaving her mark on the game Sarah, added to the long tradition of women being involved in the game.  Lets take a look at some of the storied tradition . . .

Women have been linked to college football from the beginning. Did you know that the women at Livingstone’s textile school stitched uniforms for both teams in the first HBCU (Historically Black College & Universities) game between Biddle vs Livingstone in 1892?

Irma Beede was known as the “Betsy Ross of Football” because she sewed the first penalty flags together. Her husband, Dwight Dike Beede, who was coaching at Youngstown State came up with the idea and used it on October 17, 1941.   Another connection are the cheerleaders that energize the fans on gameday. 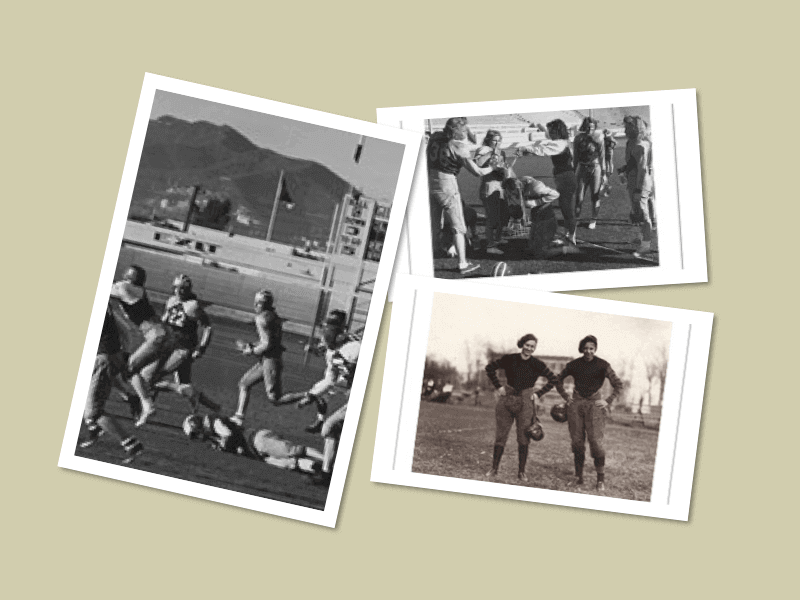 The tradition of women playing gridiron football has a unique history of its own. Several women’s football leagues formed during the 20th century. One in the 1930s even became a national sensation, but they are barely remembered today, by most. Although little is known about the short-lived women’s football craze, some photographs do remain of players from Los Angeles. They were covered in two popular magazines of the time, Life in November 1939 and Click in January 1940.

These photos, tough black and white images of women dressed in full football uniforms (or at least full for that time, including helmets, pants, and shoulder pads.) showcase their gameplay. The article showcased to the reader that they played “hard, fast” regulation tackle football.

Who were these women, and why did their football league disappear after one season? Despite the Click article’s assertion that they would expand nationwide the following season, many might assume that public disapproval was the cause.

“There was an identification of football with masculinity, much like boxing or wrestling. For women to be playing it would have been seen as an extreme violation of the gender norms,” says football historian Michael Oriard, who mentions the Los Angeles players in his 2004 book King Football.

While that did ring true in much of the American sentiment of the time, there may be a different explanation for the league’s demise, though, one that has more to do with the women themselves and athletic opportunity. 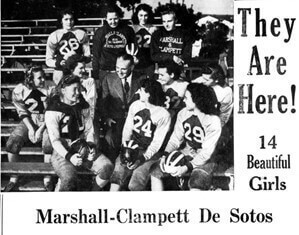 The Life article talked about the Marshall-Clampett Amazons. Thanks to the research done by Erica Westly, a freelance journalist, who primarily focuses on softball, more of their story was uncovered.

The team was named after a car dealer sponsor. The Marshall-Clampett football and softball team were related. The football players in the Life Article were softball players first and foremost.

The research discovered that the softball promoters had organized the football league. Women’s softball was extremely popular during the 1930s, especially in Los Angeles where women attended games. Even playing a charity softball game between the team and a men’s squad that included silent film star, Buster Keaton. (They beat his Palm Springs team 5-4).The football games appear to have been a way to capitalize on this popularity and extend ticket sales from the fall when the season ended to winter. There was public backlash, a newswire article published in 1939 described them as an invasion of “one of the last strongholds of masculinity”. The Life article also warned of the dangers to women from football.

However, it was the fact that it didn’t make sense playing football when the real economic opportunities were in softball.

In the summer of 1941, a second women’s football league emerged. This time based out of Chicago, Illinois. This league also consisted of women from softball backgrounds. The teams only played a few games and received only a little attention in local newspapers, with WWII on the horizon little talk of a women’s league disappeared until the 1970s.

In the 1970s the league received substantial media coverage with articles in magazines such as Texas Monthly, Ebony, and Jet.  However deep this coverage was it was not substantial enough to resonate with a wide enough audience, and was forgotten. 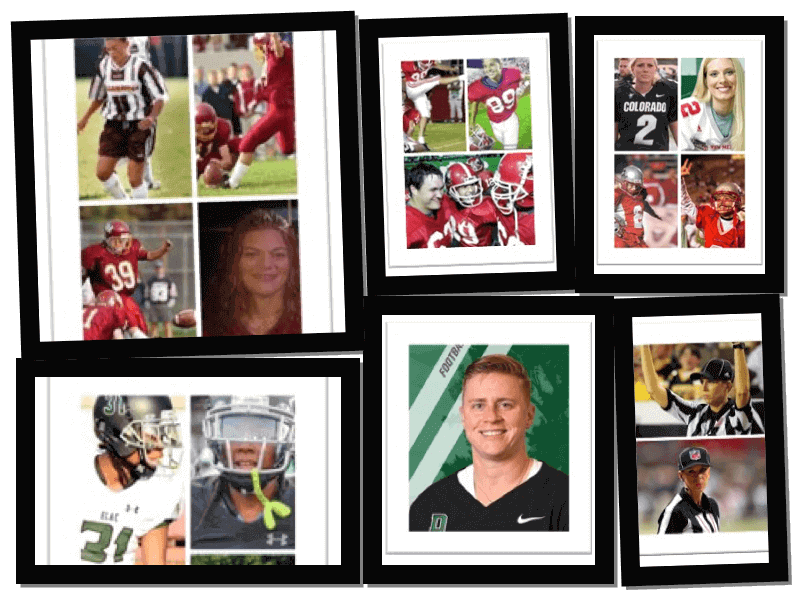 More recently, female trailblazers have contributed in numerous capacities that impact the game, we all hold dear.  Whether its playing on game day, grabbing a headset and coaching, or officiating, it is clear women continue to leave a legacy in the game of football.

The first woman to score in a collegiate football game was Liz Heaston. She accomplished this with NAIA Willamette on October 18, 1997. Before college football, she played on the women’s soccer team.

Ashley Martin became the first woman to play and score at the Division I-AA (FCS) level on August 30, 2001. Besides football, she also played on the Gamecocks soccer team.

Callie Brownson became the first full-time female NCAA Division I coach was named an offensive quality control coach at Dartmouth. She was hired as Chief of Staff with the Cleveland Browns in 2020.

Sarah Thomas began her officiating career in 1996 when she attended a meeting of the Gulf Coast Football Officials Association. She worked her first varsity high school game in 1999.

In 2006, she was hired as a member of Conference USA’s staff. In 2007, she became the first woman to officiate a major college football game, working a game between Memphis and Jacksonville State. In 2009, she was selected to work the Little Caesars Pizza Bowl between Marshall and Ohio. In 2015, Thomas was hired as the first full-time female official in NFL history. During the 2018 NFL season, she was a down judge, becoming the first woman to earn an on-field assignment for a playoff game on January 13, 2019, when the New England Patriots played the Los Angeles Chargers.