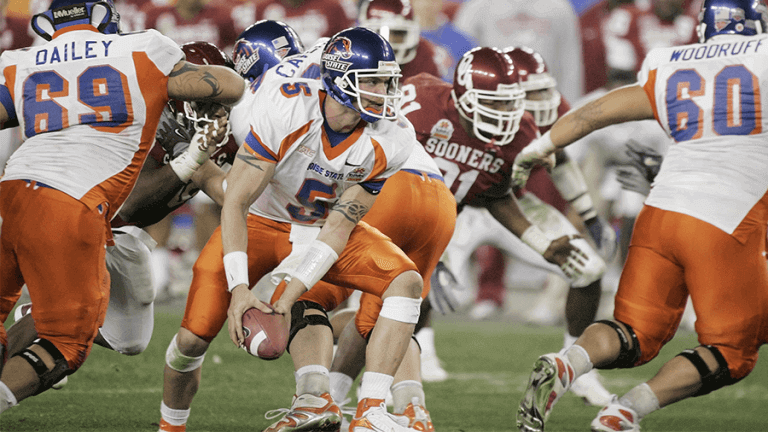 2020 has been anything but typical, some might even say a bit spooky, and the college football season is proving to be no exception. In the past we’ve shared the stories of the Ghastly Ghosts at Notre Dame and other Ghost Stories of College Football. This year, the Chick-fil-A College Football Hall of Fame is taking a look back at Five Freaky Football Finishes! With over 150 years of college football games, we are celebrating five game-winning plays from this millennium!

Ian Johnson’s “Statue Left” capped off an incredible victory over heavily favored opponent Oklahoma in the 2007 Fiesta Bowl. Pulled right from a schoolyard football playbook (Backup quarterback Taylor Tharp drew it up), Boise State opted to go for two points instead of one which would have sent the game into a second overtime. They ran their third trick play of the night, a variation of the “Statue of Liberty” play. After the snap, Boise State quarterback Jared Zabransky faked a quick pass to his right with his right hand, then quickly handed off the football backhanded with his left hand to running back Ian Johnson, who ran untouched into the end zone for the conversion and the win. 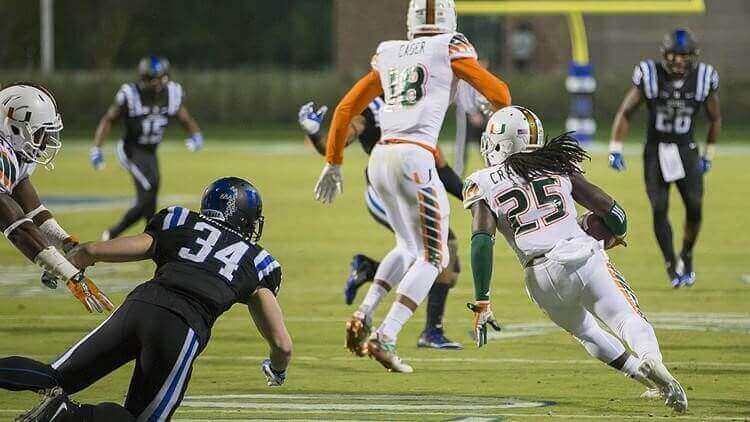 “There’s going to be a lot of rugby going on here,” the announcer declared before the final kick off of the game. He was correct, Miami used eight laterals and covered 91 yards on a kickoff before Corn Elder broke free to cap a freaky finish with a touchdown to stun Duke! 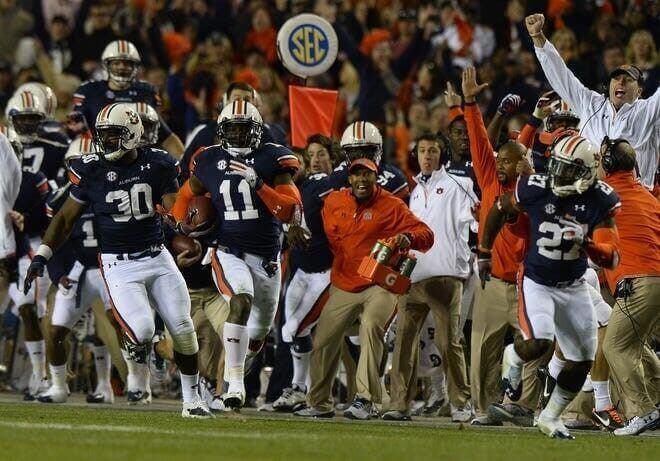 Nearly 30 years after Alabama won the Iron Bowl on “The Kick,” Auburn did it via the “Kick Six.” When Adam Griffith’s 57-yard field goal attempt with one second on the clock was short, Auburn’s Chris Davis caught it 9 yards deep in the endzone. He then chose to run the ball out and made his unbelievable journey to the end zone. The return gave the Tigers the victory in one of the most historic rivalries of college football. 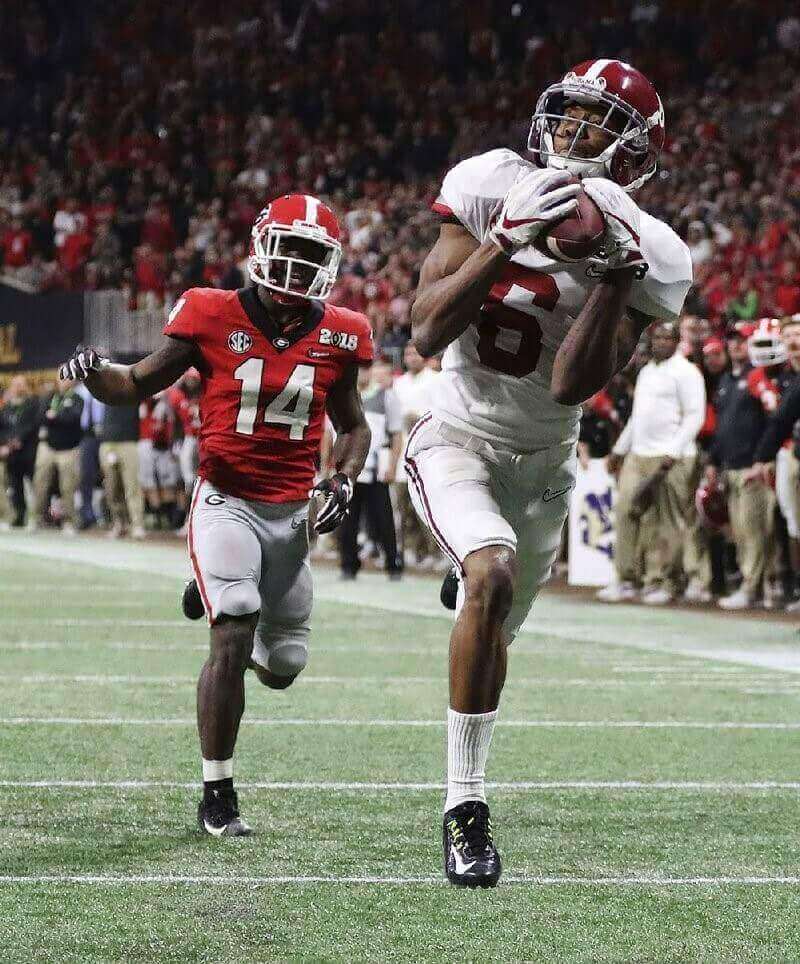 Game winning plays are always exciting, especially in overtime, but particularly in an overtime game to decide the national champion. In 2018, then backup Tua Tagovailoa threw a perfect pass to an in-stride DeVonta Smith on a 41-yard touchdown pass to cement Alabama as national champions of the 2017 college football season.

When Appalachian State was an FCS program, they played Michigan in a nail biter at The Big House in 2007. However, it looked like No. 5 Michigan would remain victorious with a one-point win. App State’s Corey Lynch had a different plan, blocking Jason Gingell’s 37-yard field goal attempt in the final seconds to help the Mountaineers pull off one of the biggest upsets in college football history.

The Chick-fil-A College Football Hall of Fame invites all ghastly ghouls, gridiron ghosts and zombie cheerleaders alike to visit during the Haunted Hall of Fame on October 31. You won’t want to miss the spooky fun, click here to learn more!