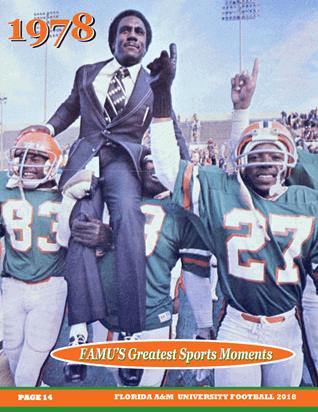 Our historian and curator Jeremy Swick virtually sat down with the quarterback who led the Rattlers to their historic win, Albert Chester.

FAMU finished 9-1 in the regular season with their sole blemish coming from Tennessee State in a 24-21 defeat. With a 31-7 victory over Grambling State in the now defunct Orange Blossom Classic, the Rattlers secured a spot in the newly formed NCAA Division I-AA Football Championship, where they would beat the University of Massachusetts 35-28. 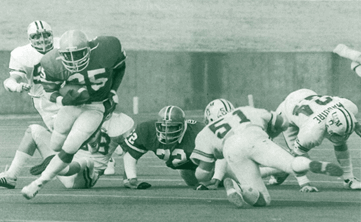 At kickoff  of the championship game there was a strong wind. The wind was a factor as FAMU’s punter, Sammy Knight, punted six times for only 45 total yards. Two punts were also blocked. UMass jumped to an early lead 6-0 on two field goals. FAMU led at halftime 14-6. The Minutemen of Massachusetts returned fire and took the lead twice in the second half. However, two fourth quarter touchdowns by fullback Mike Solomon helped secure the Rattlers historic victory.o